Question of the Month | May 2019 | Law on surprise medical billing

Do any states have laws in place to protect health consumers from getting “surprise bills” from health providers?

When a health consumer receives care outside of an insurer’s network of providers, he or she may receive a surprisingly high medical bill, and face the prospects of paying unexpectedly high out-of-pocket costs.

These situations are not uncommon, and often not the fault of the health consumer — for example, he or she requires immediate emergency care, or an out-of-network provider is part of a larger team of physicians providing complex medical treatment. 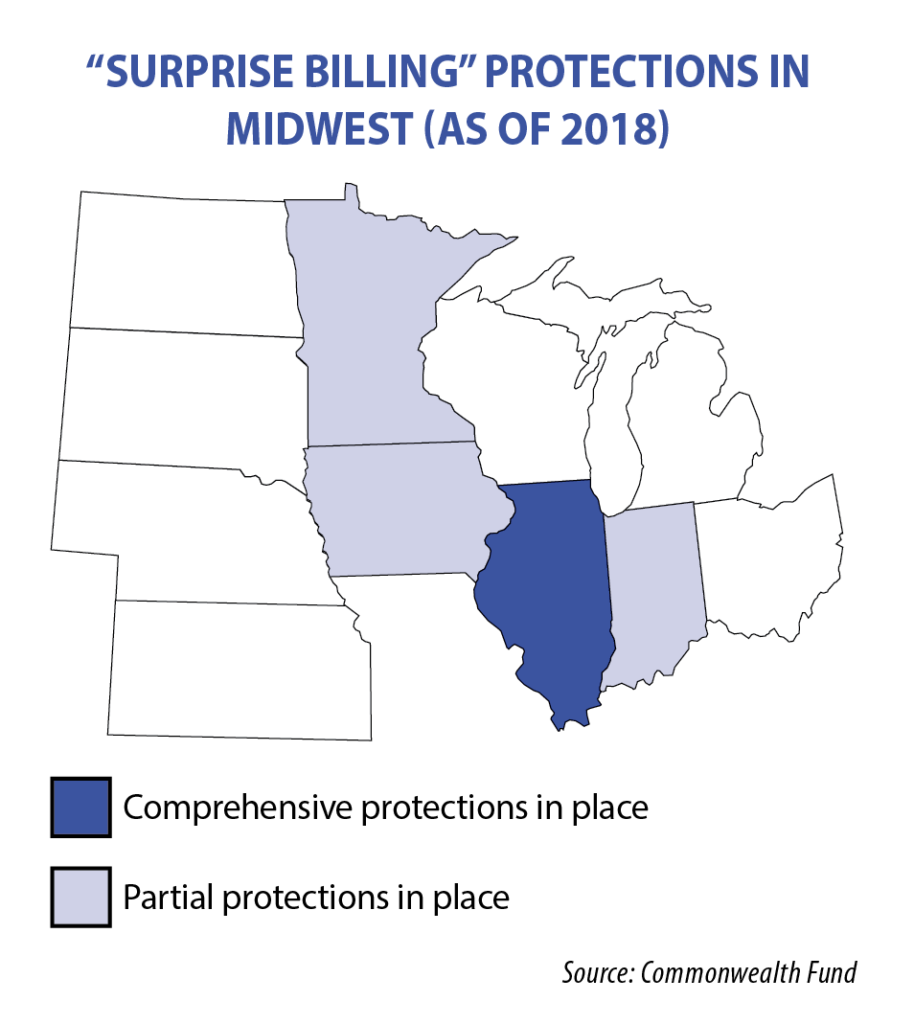 As evidenced in recent polling data and new state laws, “surprise billing” has become a widespread concern among health care consumers and policymakers alike. In a poll conducted last year by the Kaiser Family Foundation, two-thirds of Americans said they were either “very worried” or “somewhat worried” about being able to afford their own or a family member’s unexpected medical bills.

The Commonwealth Fund, meanwhile, has been tracking the spread of laws to protect individuals from certain types of “surprise billing.” By the end of 2018, the number of states with such laws had reached 25: nine with comprehensive laws (including Illinois in the Midwest) and 16 with “partial protections” (including Indiana, Iowa and Minnesota).

In April testimony before the U.S. Congress, Georgetown University Health Policy Institute research professor Jack Hoadley (a co-author of the Commonwealth Fund’s recent studies) noted the following features of “comprehensive” laws on surprise billing in states such as Illinois:

Two years ago, Minnesota legislators (SF 1) began prohibiting “surprise billing” in instances when an in-network provider was not available or when out-of-network services were provided without the consumer’s knowledge. According to the Commonwealth Fund, Minnesota also has a process in place to resolve payment disputes between insurers and providers.