With their economies and revenues growing, states are building up reserve funds 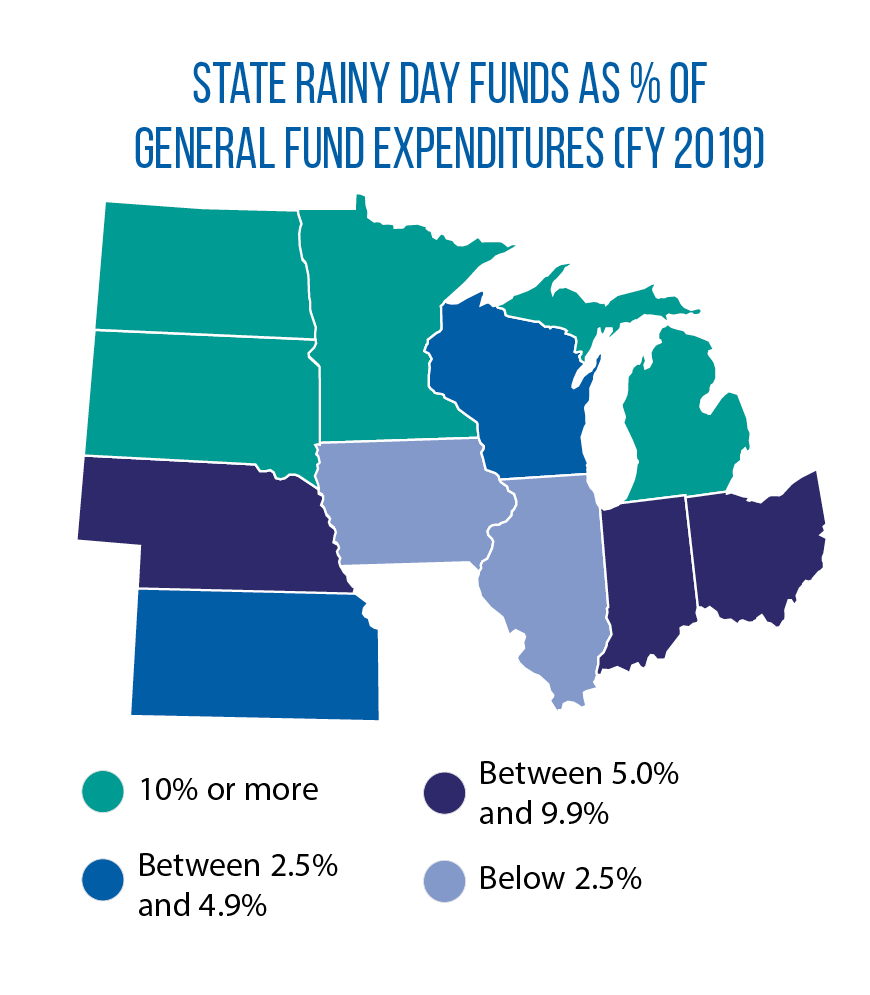 the Urban Institute, for example, compares state tax collections between the third quarters of 2019 and 2018 (July to October) — for every state in the region, revenue was up, and North Dakota was one of eight U.S. states with year-over-year increases of 7.5 percent or more. Nebraska and Wisconsin also experienced significant revenue gains.

According to the “Fiscal Survey of the States,” released late last year by the National Association of State Budget Officers, actual collections in general funds for fiscal year 2019 exceeded original budget projections in every Midwestern state except South Dakota, where collections were “on target.” For the start of FY 2020, collections were either on target or higher than original projections across the region. In FY 2019, NASBO notes, no U.S. state made mid-year budget cuts due to revenue shortfalls, and U.S. state rainy day funds reached an all-time high. The median balance of these funds as a share of general-fund spending was 7.6 percent; it was even higher in Indiana, Iowa, Nebraska, North Dakota and South Dakota. (See map based on NASBO data.)

Between the second and third quarters of 2019 (the latest data available from the U.S. Bureau of Economic Analysis), state GDP grew in every Midwestern state, led by increases of 2.3 percent in Indiana and Nebraska. In both of these states, agriculture was the leading contributor to this growth. No other states in the region outpaced the nation’s GDP increase of 2.1 percent.