Prison overcrowding is nothing new for the state of Nebraska and its legislators.

Now in his seventh year as a senator, Sen. John Stinner has seen proposal after proposal come the Legislature’s way to deal with the problem.

“We’re just not catching up because the inflow of prisoners is at 100 to 200 per year. It just continues to be a situation where they’re going to continue to build unless you can answer or stymie that inflow.”

At the end of 2019, 5,546 prisoners were in state facilities designed to hold 3,535. That means Nebraska’s prison custody population as a percent of capacity stood at 156.9 percent, the third-highest rate of overcapacity in the country.

This legislative session, Stinner and other lawmakers took steps to address persistent overcrowding by building more capacity. It’s a move that bucks national trends, but that some state officials say is necessary for Nebraska’s particular situation. 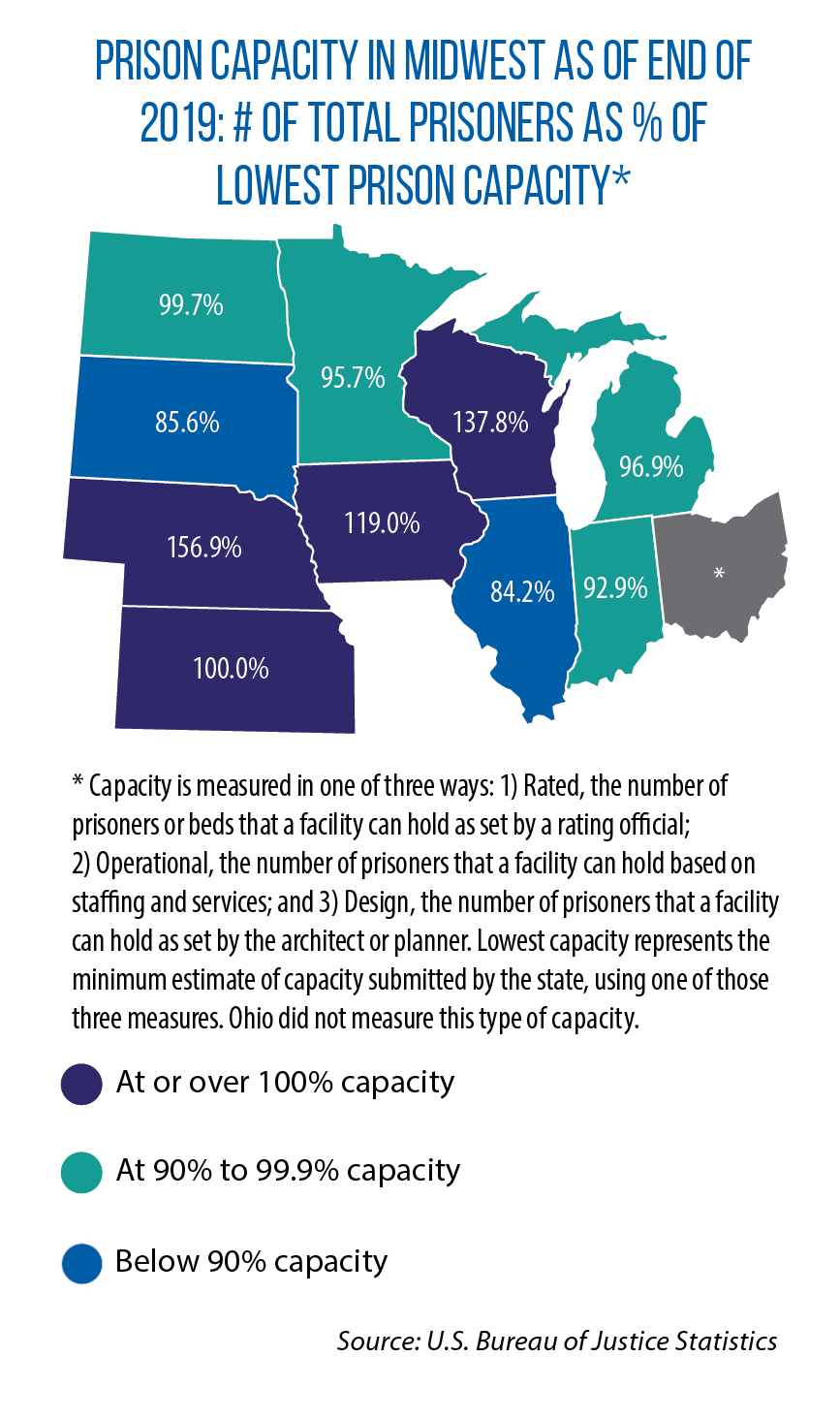 The state’s new budget for capital construction projects (LB 383) includes close to $15 million for the Department of Corrections Services to “prepare designs and plans for a new multi-custody-level correctional facility.” The state will also update a master facility plan from 2014 that analyzes demand for behavioral health, mental health and substance abuse services.

Finally, legislators set aside $100 million in general funds for the potential construction of a new prison (LB 380). For such a facility to be built, another legislative vote, along with additional appropriations, would be required.

Nebraska Department of Correctional Services inspector general Doug Koebernick has said the state should not expect diversion programs or other reforms to dramatically reduce its prison population. The state already has a relatively low incarceration rate: 289 inmates per 100,000 residents, among the lowest numbers in the country. In recent years, too, the Legislature has passed criminal justice reforms – for example, changes in sentencing laws and a strengthening of post-release supervision.

His preferred policy response: invest more in re-entry services that reduce recidivism and that stop individuals from serving longer sentences in prison.

“Every 5 percent reduction [in recidivism] is about $3 million saved on corrections, and it greatly reduces overcrowding,” he says.

One way or another, the state is quickly approaching a major decision point.

The Nebraska State Penitentiary, built in 1869, is nearing the end of the 50-year useful lifespan that builders gave it after major renovations in 1980.

Nebraska Gov. Pete Ricketts has said the Legislature has two options: fix the old facility for an estimated $200 million, or build a new $230 million prison. But at a time when states such as California, Connecticut and Missouri are closing prisons, the idea of building a new one in Nebraska has been met with resistance.

Stinner says this year’s legislative actions are part of a three-pronged approach in Nebraska: reform the criminal justice system, prepare to replace aging facilities, and deal with overcrowding over the short and medium term.

“The step-by-step approach is one of building confidence,” he adds.

“When we talked to the architects and the engineers, they said its going to take us at least a year [to design and plan] after you find the site… Hopefully with the master facility plan, we can move ahead with confidence that we’ve taken care of and done the appropriate due diligence and provide a better cost estimate.”