View from the governors’ offices: Four policy ideas from recent State of the State addresses, budget proposals in Midwest 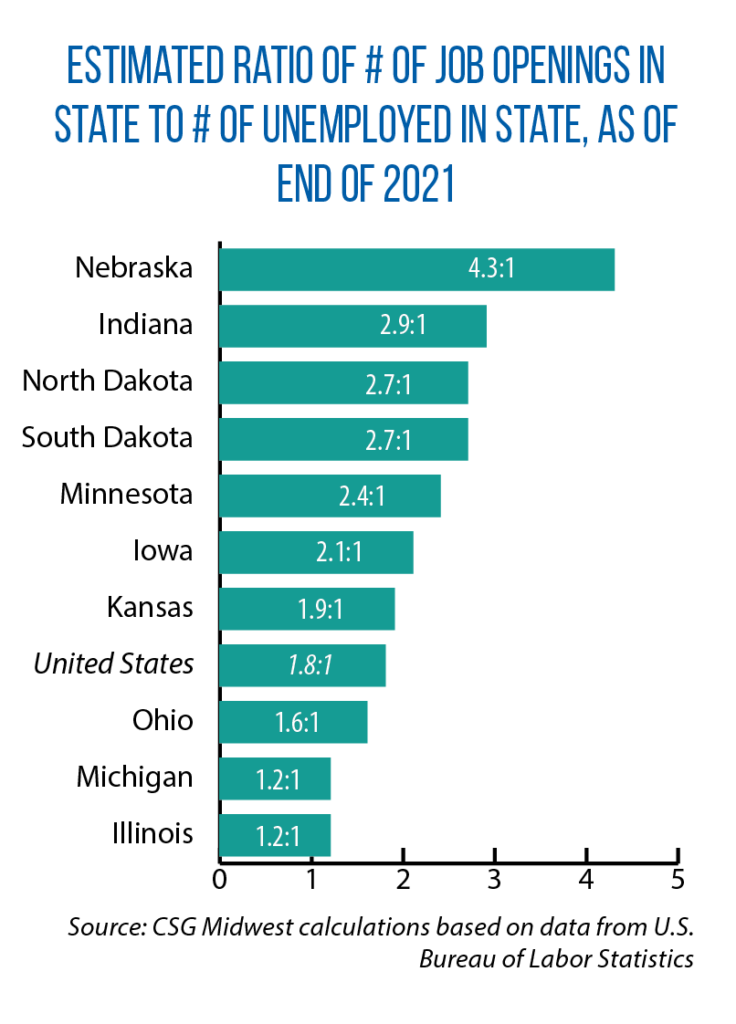 A special guest made an appearance near the tail end of Gov. Doug Burgum’s State of the State address in February at the Fargo Theatre. Otto the Robot, built by the robotics team at North Dakota State University, wheeled in some water for Burgum while also drawing attention to one of his core messages: Let’s embrace the power of automation.

“Whether it’s manufacturing, whether it’s warehouses, whether it’s in biosciences or manufacturing, whatever it is, we have an opportunity to be training the people that can run the automation, as opposed to doing the mundane jobs,” he said. That means higher-paying jobs for individuals, Burgum added, and alleviating a persistent workforce shortage.

“We should actually be the leader in automation in the nation,” Burgum said. “It’s one way for us to be having to fight less for all the people that may want to live someplace other than North Dakota.”

He called on legislators in 2023 to “double down” on an existing automation tax credit for businesses. The credit covers 20 percent of the cost of new machinery and equipment that automates operations in some way. To qualify, a purchase must be shown to improve job quality (a 5 percent increase in wages or improvement in workplace safety) or output (5 percent increase). The existing credit is capped at $1 million in yearly state appropriations. Burgum wants it expanded. “Make it the most ambitious and most expansive workforce tool yet,” he said to legislators.

More money will be going to K-12 districts across Wisconsin to expand school-based mental health, a service for students and families that Gov. Tony Evers said improves lives as well as success in the classroom. 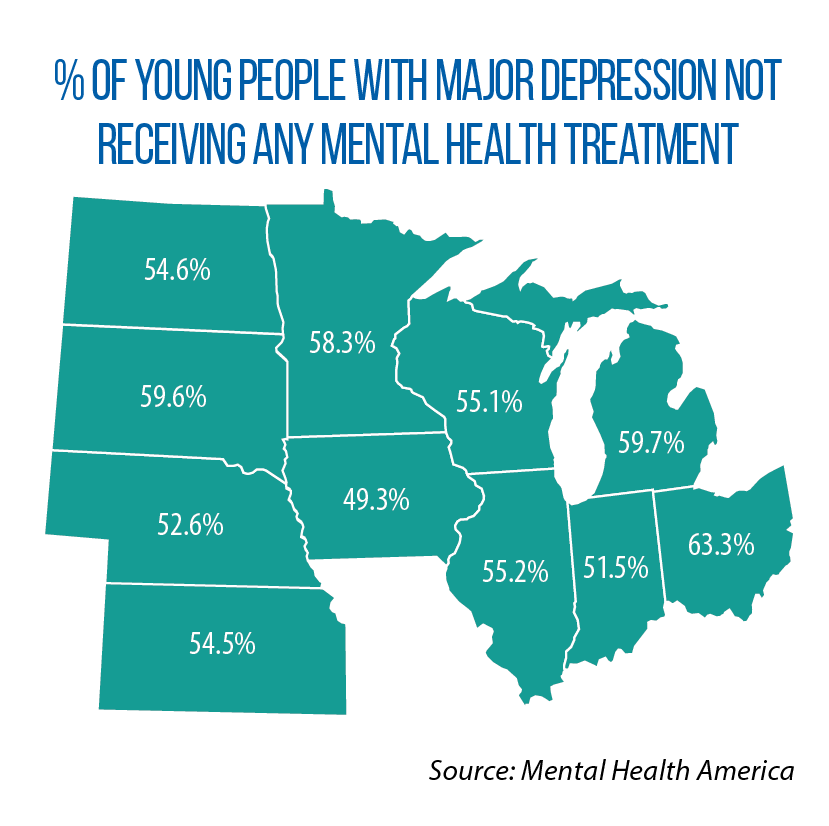 “A kid who’s in crisis isn’t going to be able to pay attention at school, finish their homework, or engage with their friends or teachers,” he said during his February State of the State address.

Under the $15 million Get Kids Ahead Initiative, which Evers unveiled during that speech, every district is eligible to receive new state funding, anywhere from $10,000 for the smallest districts in the state to close to $1 million for Milwaukee Public Schools. Schools have discretion on how to use these dollars — for example, hire staff to provide direct care or help families access it in the community, contract with local providers, or develop new training for school employees in areas such as mental health first aid and trauma-based care.

Another $5 million will go to the University of Wisconsin System to build more mental health supports for college students. Last spring, Evers said, 75 percent of students in the system screened positive for moderate or severe psychological distress.

Over the past three years, Illinois has more than doubled its spending on violence prevention and youth employment programs — up to $517 million in fiscal year 2022. That figure would rise to $832 million under Gov. J.B. Pritzker’s proposed budget for the coming fiscal year. 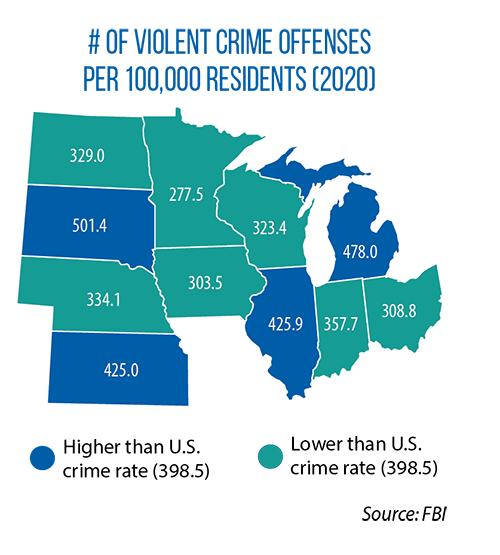 One point of emphasis: Provide more dollars and technical assistance for community-based groups in the state’s highest-crime neighborhoods. They, in turn, would use this additional state support to implement evidence-based programs — for example, Medicaid-funded trauma recovery services for adults, or outreach services for young people most impacted by violence.

“Crime is a complex and multi-faceted problem to tackle, and it’s cynical and counter-productive to simply shout ‘Lock them up’ while providing fewer resources to the people and programs that prevent crime in the first place,” Pritzker said during his State of the State address.

Under his plan, the state also would hire more police, forensic scientists and evidence technicians, as well as put $20 million toward a program that helps local prosecutors protect victims and witnesses in cases involving gang violence.

“A truly effective approach to tackling crime involves both short-term and long-term investments,” Pritzker said, “and a commitment to see those investments through.” 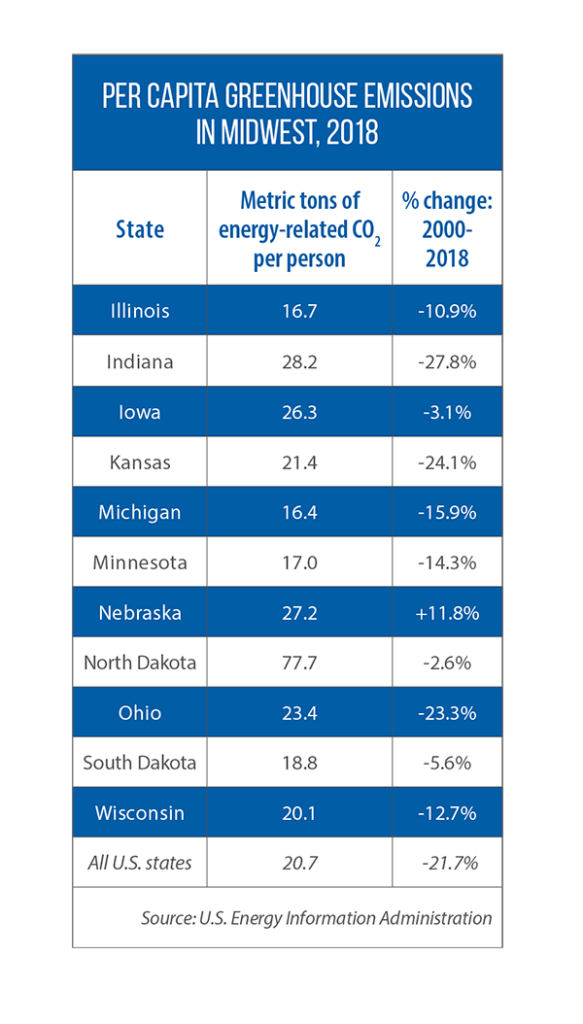 Minnesota Gov. Tim Walz is seeking $34 million in seed funding to launch a quasi-public Green Bank. Run as an independent, nonprofit corporation, the bank would provide low-cost financing for projects that reduce greenhouse gas emissions and improve energy efficiency. According to the governor’s office, once this initial investment is made by the Legislature, the bank would be responsible for ongoing administrative and capital costs.

The idea for a Green Bank was part of a larger supplemental budget unveiled by Walz at the start of Minnesota’s legislative session. (He had not yet given a formal State of the State address as of February.)

In introducing his proposal, Walz pointed to the success of other states’ green banks in jump-starting clean energy projects (offering loans when conventional financing is not available) and leveraging public and private investments. For example, Connecticut’s Green Bank leverages $7.40 for every $1 it provides.

Note: A previous article highlighted proposals from the State of the State addresses given in January by the governors of Indiana, Iowa, Kansas, Michigan, Nebraska and South Dakota. It can be accessed here.