Saskatchewan students get unique, inside look at provincial government

You want to teach schoolchildren something about your state or provincial government, but how to do that with a population of one million living across a quarter-million square miles? 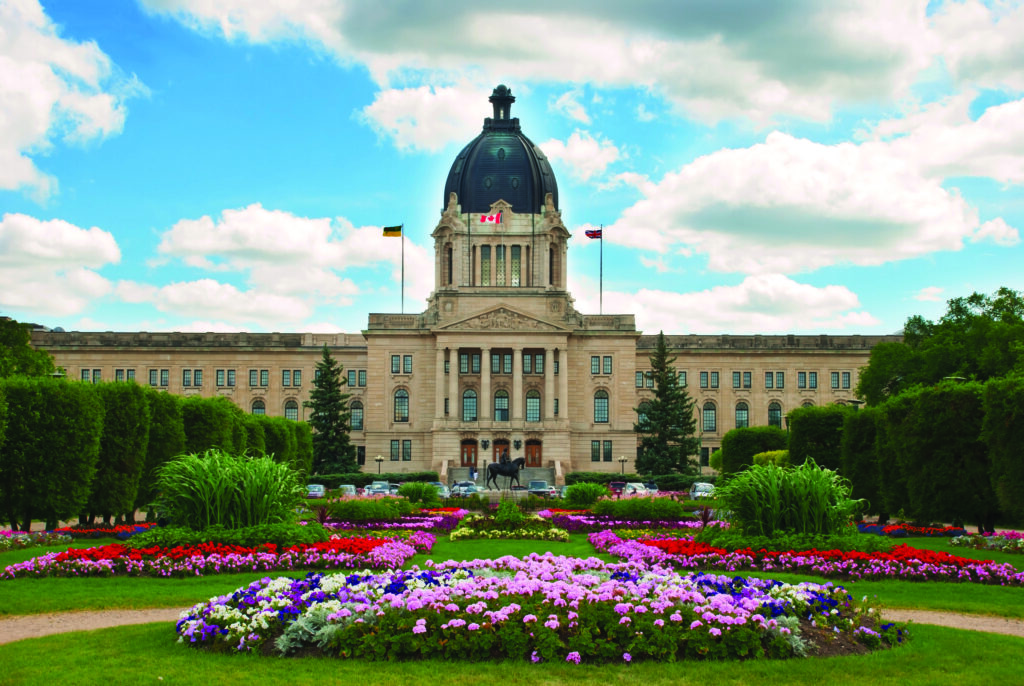 The first A Day in the Legislative Assembly in 2010 got a great response from teachers, so the Provincial Capital Commission sought and got permission to make it a permanent program, says Donna Cuddington, the commission’s senior executive coordinator.

After a year off to redesign the program for a permanent footing, the commission relaunched it in 2012. A Day in the Legislative Assembly is now offered twice a year, during Saskatchewan’s fall and spring legislative sessions, she says.

The second program the Charles Knight Youth Mentorship, is for northern Saskatchewan students in grades nine through 12 (generally between 14 and 18 years of age). Through the program, students learn about the democratic process, explore postsecondary education opportunities and careers in government, and learn about Saskatchewan’s history.

Charles Knight Mentorship participants come to Regina for several days of activities, including meeting the lieutenant governor, cabinet ministers and members of the Legislative Assembly and participating in a mock parliamentary session inside the province’s legislative chamber.

All expenses to participate in the program are covered through the Provincial Capital Commission. Transportation from either La Ronge or Prince Albert (respectively a First Nations community, and the province’s third-largest city, both located in north-central Saskatchewan), depending on applications, is also included.

“It is very important that we have programs that give youth the opportunity and encouragement to become active in both the political system — whether it’s at the local, provincial or national level — and in the area of policy development,” says Sasktachewan MLA Randy Weekes.

The programs focus on provincial government, but not the province’s role vis-à-vis the federal government in Ottawa, Cuddington says.

“Just doing this alone is very educational and gives them more of a grasp on what goes on [in the Legislative Assembly]. That’s enough for them to take in at the time,” she says.

According to its website, the Provincial Capital Commission, which has no precise analog among state governments, is mandated “to enhance quality of life for our citizens through the celebration and creation of opportunities, stewardship of the land, and engagement of our youth about our democracy and provincial history.”

The commission also “promotes, preserves and strengthens our diverse heritage and culture to ensure that [Regina] is a source of provincial pride and significance.”