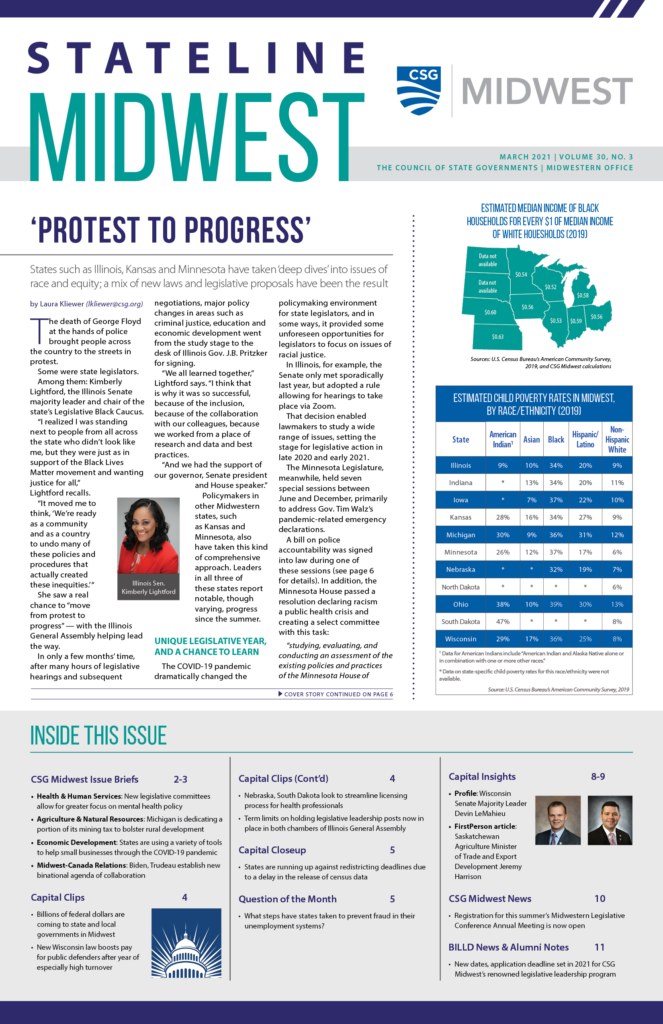 Published 11 times a year, CSG’s Stateline Midwest is a publication for and about the region’s state governments, legislatures and lawmakers. It keeps members of CSG’s Midwestern Legislative Conference up to date on policy trends and innovations, includes articles on legislative leadership, examines institutional issues in state government and legislatures, and highlights the work being done by CSG. Many of these articles also appear on the CSG Midwest website.