In the 11-state Midwest, what groups are required to report cases of child abuse and neglect?

Nearly every state in this region identifies certain professions and workers that must report known or suspected cases of neglect. Earlier this year in Ohio, for example, police officers joined the state’s list of mandatory reporters, the result of legislation signed into law in late 2018 (HB 137). The Ohio statute already was fairly extensive, covering professions ranging from attorneys and podiatrists, to animal control officers and speech pathologists. 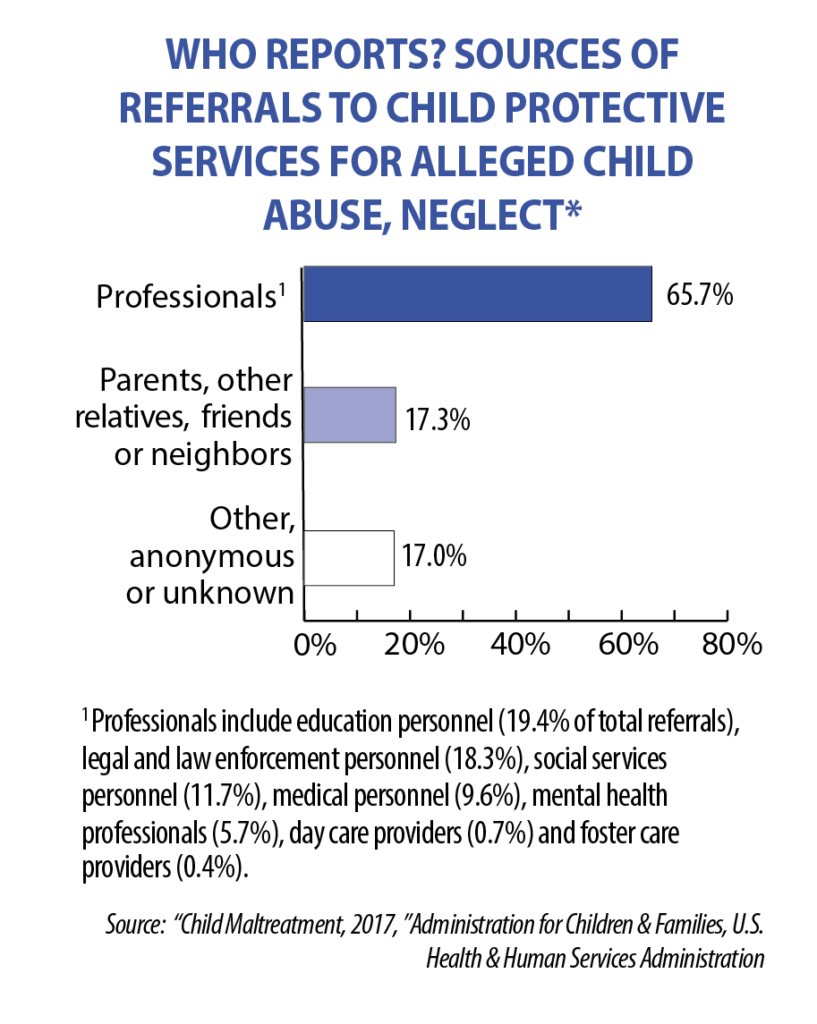 Ohio’s list also includes the professions most commonly included in the mandatory-reporting statutes of states across the country, according to a study released this year by the U.S. Department of Health & Human Services’ Administration for Children & Families. In the Midwest, for example, with the exception of Indiana, every state singles out law enforcement, teachers and other school personnel, and doctors and/or other health care workers as mandatory reporters. Most states in the region also include child care providers, members of the clergy, social workers and counselors.

Indiana is one of three U.S. states that does not specify certain professions. That state’s statute instead includes the following blanket language: “An individual who has reason to believe that a child is a victim of child abuse or neglect shall make a report.” Nebraska is the only other Midwestern state with “shall report” language for individuals outside of specified professions.

In most jurisdictions, in most cases, mandatory reporters who fail to report child maltreatment can be charged with a misdemeanor. The identity of any person reporting these cases is protected in every Midwestern state. Here are other examples of professions covered by mandatory reporting laws: