For students wanting to vote, Illinois ensures they get excused absence from school

Illinois schools must now grant a two-hour excused absence for students seeking to cast a ballot. Signed into law in January, SB 1970 is for “any student entitled to vote” in a primary or general 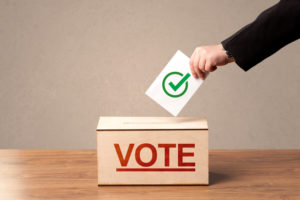 election (either on Election Day or during the state’s early-voting period). The school can specify the hours that it will allow a student to be absent.

The new law in Illinois reflects a legislative trend in that state and others in recent years — changing state election laws to reduce barriers for young people and other first-time voters. Other examples include allowing individuals to register on Election Day (Illinois, Iowa, Michigan, Minnesota and Wisconsin have such laws in place) and providing for automatic voter registration when individuals interact with a government agency (Illinois and Michigan). Some states outside the region also have begun to pre-register 16- and 17-year-olds.