To get three major pieces of legislation passed with unanimous or near-unanimous votes can be a challenge at any time. In Minnesota this year, lawmakers found a way to get that done in agriculture policy under some unforeseen, exceptional circumstances — having to conduct business remotely, and in a Legislature where partisan control is split. 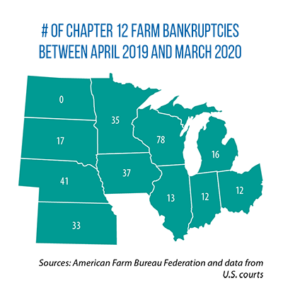 “By building relationships across the aisle, in the other chamber and with staff, we were able to identify everyone’s priorities and get to the right end results,” says Rep. Jeanne Poppe, who serves as the chair of the House Committee on Agriculture and Food Finance and Policy.

Perhaps the most impactful and unique piece of legislation — especially considering economic conditions in the agricultural sector — was a modification of Minnesota’s Farmer-Lender Mediation Act. This law dates back to 1986, and it gives farmers the opportunity to renegotiate, restructure or resolve farm debt through mediation.

Under the law, creditors cannot collect a debt against an agricultural property until an offer of debt mediation has been extended. Farmers then can either refuse or accept the offer. If the latter is chosen, mediation is then executed by a trained neutral facilitator. (The creditor must take part in the mediation if the farmer wants it.)

Early in the year, a broad grassroots movement of farmers began approaching legislators to extend the time allowed for mediation. The old law gave the two sides 90 days to reach an agreement.

But with this year’s passage of HF 4599, legislators extended the mediation time to 150 days or Dec. 1, whichever is later. This provides time for markets to recover or for additional federal aid to reach farmers, at a time when already- challenging market conditions have been compounded by the impacts of the COVID-19 pandemic. For example, some producers have had to dump milk or euthanize livestock because of processing and marketing issues.

Poppe credits the outreach of constituents early on for the unanimous votes in both chambers in favor of HF 4599. This bill was signed into law in May. Farmer-mediation statutes also exist in states such as Iowa, Nebraska and Wisconsin.

These types of measures were passed as a result of the farm crisis of the 1980s, and they are just as important now. Chapter 12 bankruptcies have been rising since 2014 due to agriculture producers experiencing low commodity prices, growing levels of farm debt and extremely volatile weather conditions.
Between April 2019 and March 2020, there was a 23 percent increase in Chapter 12 filings compared to filings the previous year. The Midwest (and Wisconsin’s dairy farmers, in particular) has been especially hard hit.

Along with this adjustment in the Farmer-Lender Mediation Act, Minnesota legislators came to broad agreement on new agriculture-focused appropriations (HF 4490) and policy (HF 4285) bills. Poppe cites two key provisions in those measures.

“Farm safety grants and the veterinary immunity legislation had been included in previous legislation, and while it was frustrating that all negotiations had to be done over the phone or email, relationships that were built during the budget negotiations of 2019 were important in both chambers coming to the final agreements,” Poppe says.

Other significant legislative agreements this year in Minnesota:

“Farm safety grants and the veterinary immunity legislation had been included in previous legislation, and while it was frustrating that all negotiations had to be done over the phone or email, relationships that were built during the budget negotiations of 2019 were important in both chambers coming to the final agreements,” Poppe says.