Under a new rule adopted in early 2021, the Illinois House has i

nstituted limits on how long a single legislator can serve as speaker and minority leader, the two top leadership posts in that state’s legislative chamber. No member can serve in these positions for more than 10 years.

The Illinois Senate has had a similar rule on leadership term limits since 2017. Some legislators in Illinois have proposed making term limits on legislative leadership a part of state statute (HB 642) or the Constitution (HJRCA 25). Most of the current top leaders in Illinois are relatively new to their positions, but 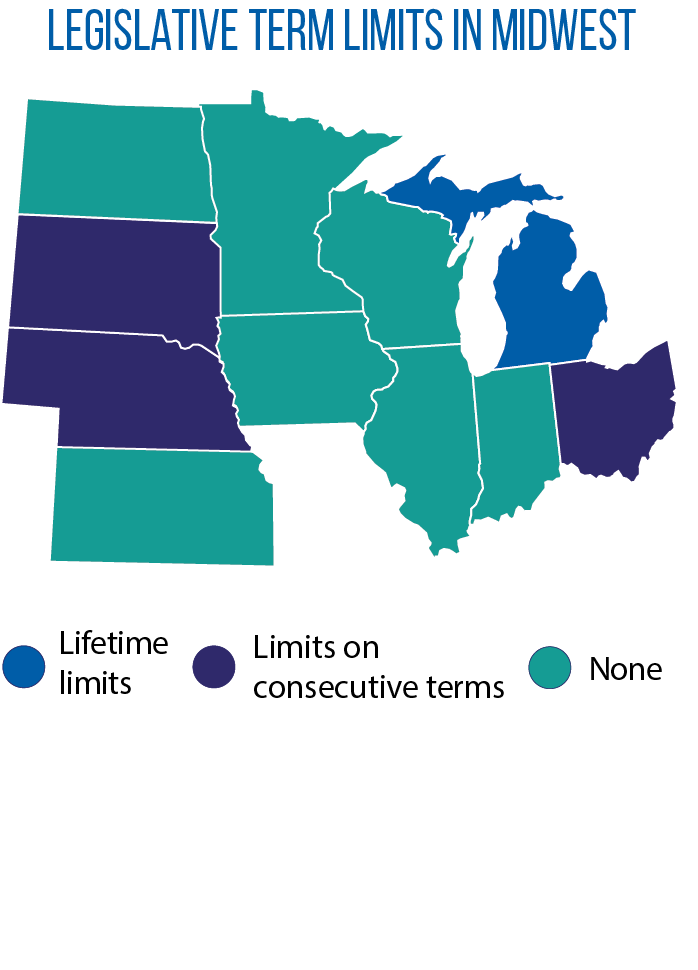 This kind of limit on leadership tenure is uncommon in state legislatures. However, in the Midwest, four states have term limits for all legislators — the result of constitutional amendments adopted by voters between 1992 and 2000. Michigan has the strictest limit among the states. It caps lifetime service in the Michigan House at three two-year terms and in the state Senate at two four year terms. Ohio and South Dakota impose limits on the number of consecutive terms that a legislator can serve in a particular chamber. Senators in Nebraska’s Unicameral Legislature are limited to two consecutive 4-year terms in office.