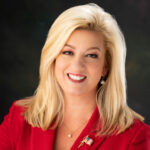 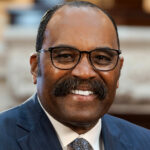 In March, Ohio Sen. Hearcel Craig (BILLD class of 2015) was elected assistant minority whip. Craig joined his caucus’s leadership team after Sen. Cecil Thomas, also a member of the 2015 BILLD class, stepped down as assistant minority leader to focus on his run for mayor of Cincinnati.

Craig was elected to the Ohio Senate in 2019 after serving two terms in the House of Representatives. In addition to being a graduate of the Bowhay Institute, Craig was vice chair of the Midwestern Legislative Conference’s Education Committee in 2019-2020. 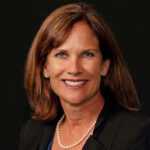 “I am looking forward to listening to experts, families and children who have experienced flaws in the adoption and foster care system firsthand,” Whiteford said in a statement about her appointment. “They know the realities better than anyone and their stories will help shape our recommendations into actual legislation.”

The bipartisan panel has been charged with making recommendations for legislative, administrative and judicial reforms to improve the state’s adoption efforts and foster care system.