MLC committees focus on challenges in career and technical education

During the 2018-’19 school year, more than 750,000 students in the Midwest chose an academic path that they hoped would also start them on a successful career journey. One of the most popular tracts chosen by these career and technical education (CTE) students: agriculture, an industry that is critical to many of the region’s communities and that provides a diverse mix of job opportunities. 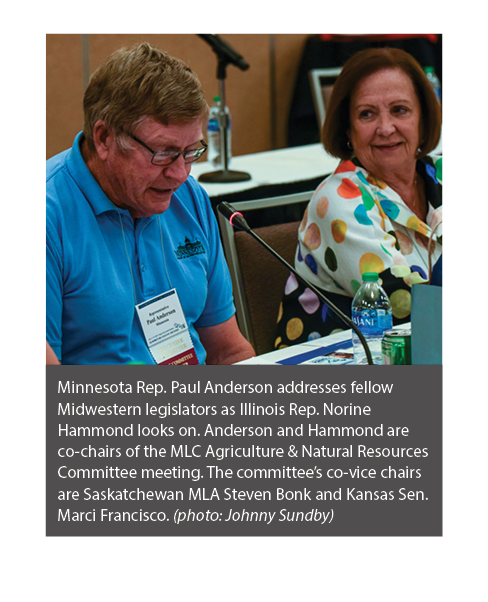 “CTE programs are reflective of local communities’ industries and needs, from corn and hogs in rural Iowa to food production in the Twin Cities of Minnesota to fisheries in northern Wisconsin,” Laura Hasselquist, an assistant professor of agricultural education at South Dakota State University, said during a July session of the Midwestern Legislative Conference.

Along with agriculture, the other four most popular CTE career tracts in the Midwest are health care, business, human services, arts and information technology.

Local, state and federal funds are used to support this education model, which is for all ages but is perhaps most often associated as an alternative for high school students.  According to Hasselquist, graduation rates are higher, and dropout rates lower, among these students.

“Part of the reason [why] is that CTE provides students with the opportunity to apply lessons learned in other classes to real-world settings,” she said. “This reinforces the academic lessons and makes them stick.”

The funding of CTE can be just as varied as the programs themselves. 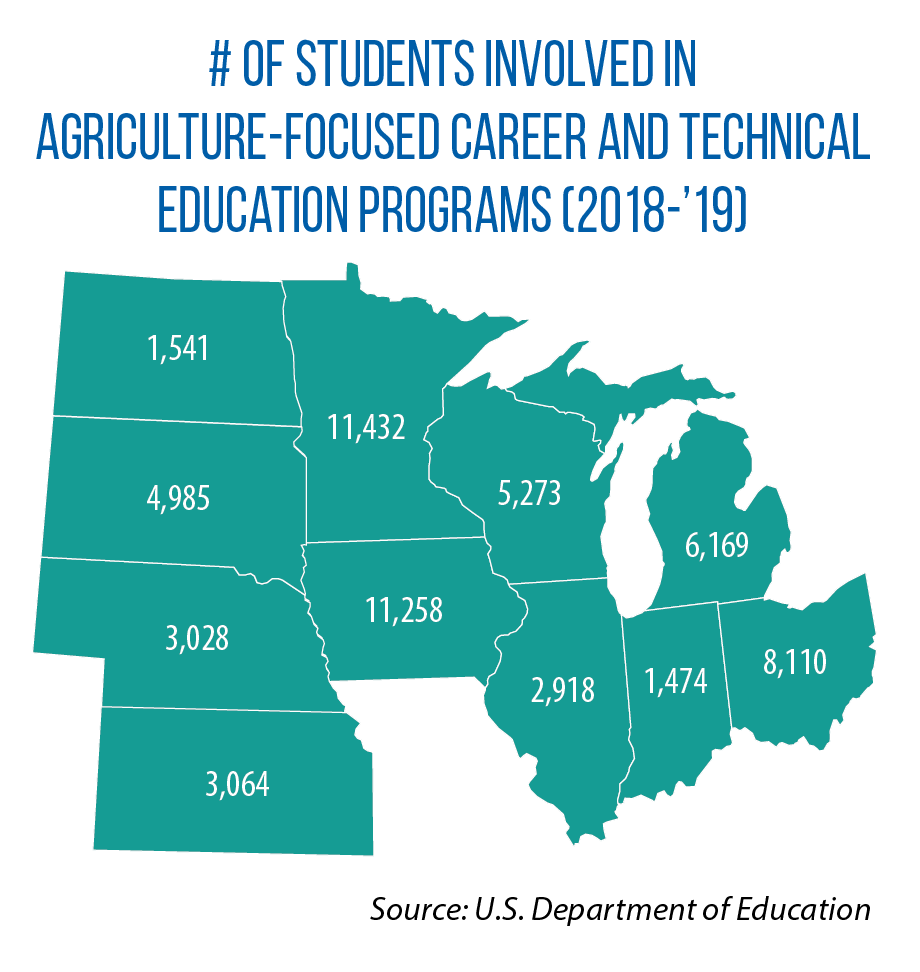 According to a 2014 U.S. Department of Education study, some states fund local programs out of general state-aid formulas, but there is no specific earmark for CTE. Other states have student- or cost-based formulas that set aside funds for CTE programming. A third model is to dedicate money for area-wide CTE centers that support students in multiple school districts.

Mark Pogliano, principal and CTE director of the Jackson Area Career Center in Michigan, discussed with legislators how these varying funding methods are used in his home state. While all of the CTE programs rely on state and federal funding, he said, 33 of Michigan’s school districts have a portion of their property taxes dedicated to vocational education.

The Jackson Area Career Center, for example, oversees a program that receives $12 million a year from the local millage tax. This region of the state has one central career center that serves 12 local districts and offers a centralized CTE program.

In other parts of the state, school districts work together but do not have a centralized CTE center. Instead, participating schools house specific CTE programs. A third option is for individual schools and districts to have stand-alone CTE programs of their own.

Regardless of the model, Pogliano said, state support is critical. He encouraged legislators to work toward implementing sustainable funding models that encourage growth in CTE programs.