Governor’s powers in Michigan curtailed through use of ‘indirect initiative’

In the tug-of-war over pandemic-related powers between the legislative and executive branches in Michigan, opponents of the governor’s actions have pulled out a constitutional tool available in only a handful of states: the ability of citizens to initiate petition drives for new statutes and, after the collection of enough valid signatures, to have them voted on by the legislature. 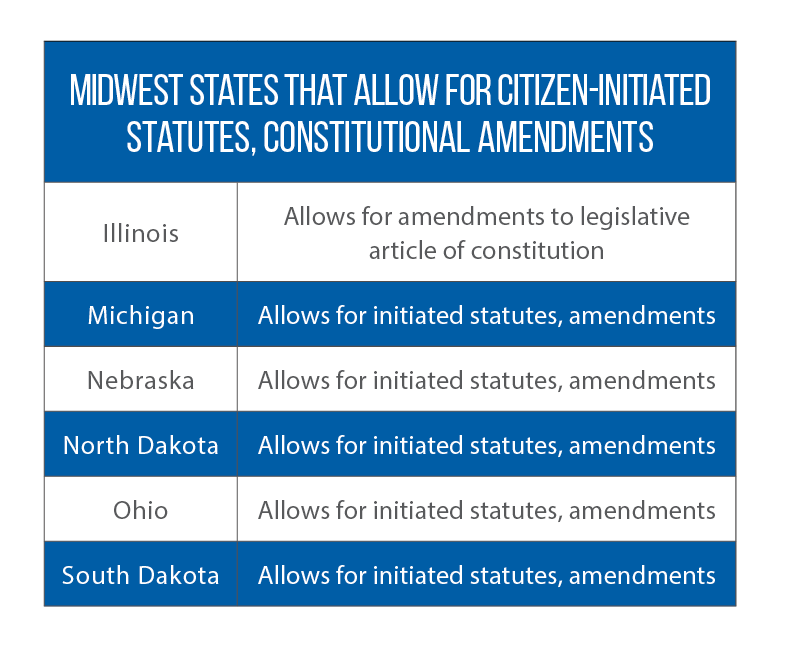 This method is known as “indirect initiative,” and is only in place in one other Midwestern state: Ohio. In July, the Michigan Legislature approved an indirect initiative that repealed a 1945 law giving the governor broad powers to declare an emergency and to “promulgate reasonable orders, rules and regulations as he or she considers necessary to protect life and property.”

Approval of indirect initiatives requires a simple majority vote in both legislative chambers; the governor has no veto authority. A second petition drive is seeking to change another decades-old law. It grants to Michigan’s director of public health various emergency powers to control an epidemic, including the authority to ”prohibit the gathering of people for any purpose.”

Under the initiated state statute, adoption of a legislative resolution would be required to extend these powers beyond 28 days. According to the Michigan secretary of state’s office, between 1963 and 2018, the Legislature enacted nine legislative proposals presented by petition. It has 40 days to act on an indirect initiative. If not enacted, the measure becomes a ballot proposal.