Bill Reineke’s home Senate district in northwest Ohio has become a hotbed of renewable energy development. That activity also has generated considerable controversy — neighbor pitted against neighbor, concerns about property values and the types of leases being signed, and some local residents feeling they have lost control about the future direction of their community. 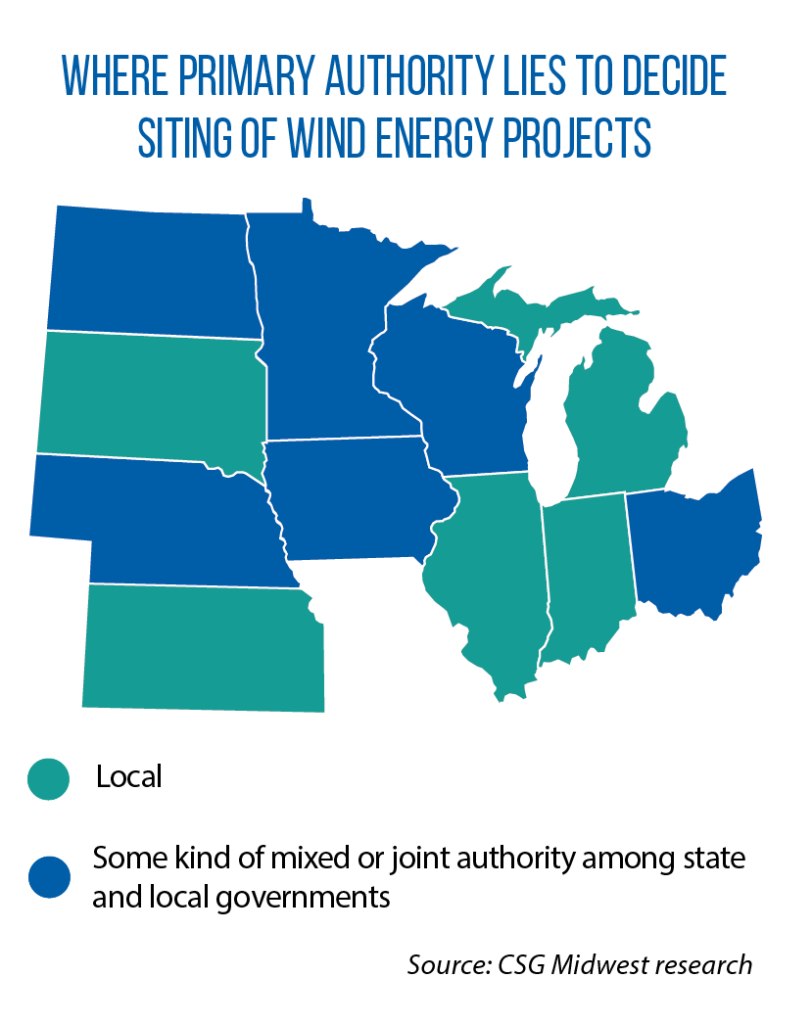 “I really didn’t realize the importance of wind and solar siting until I began hearing from my constituents. … It didn’t start out being a planning bill, but SB 52 is now all about transparency and engaging locals in planning their own futures,” Reineke says.

Signed into law this summer, SB 52 took effect in October. It makes major changes in how future wind and solar projects will be approved in the Buckeye State, with a goal of giving more decision-making power to local residents and their elected officials.

Previously, decisions on these projects were left largely to a state-level Siting Board. Under SB 52, county commissioners now can designate part or all of an unincorporated area in their jurisdiction as off limits to commercial wind farms and solar facilities.

One unique aspect of the legislation involves what a county commission must do in advance of any such vote: It has to publicly post a map showing the boundaries of the proposed restricted area at all public libraries, as well as provide written notice to local school districts, municipal corporations and township trustees. The addition of this requirement recognizes that many rural communities no longer have local newspapers, which have traditionally been the outlet for such public notices.

SB 52 also makes changes to the state-level process for approving or denying projects. First, prior to applying for a certificate from the Ohio Power Siting Board, developers must hold a public meeting in each county where their proposed wind or solar facility would be located. This provision will force developers to work from the beginning with affected community members, Reineke says. Second, two local officials — the county board president and chairperson of the township board, or their designees — become ad hoc voting members of the Ohio Power Siting Board when it decides whether to approve or deny a wind or solar project in those officials’ jurisdictions. (The Siting Board has seven regular voting members, along with four non-voting legislative members.)

The new law also seeks to address another concern raised by constituents, Reineke says: “What happens when [the facility’s] productive life ends?” Under SB 52, prior to construction, an applicant must post a performance bond and submit a decommissioning plan, including who will pay for these activities.

Opponents of the new law say it unduly interferes with the rights of property owners to lease their land for wind or solar development. Critics also point out that no such “local control” requirements have been placed on the oil and gas industry. As a result, they say, SB 52 will stifle growth in Ohio’s renewable energy sector. Lastly, some agriculture groups expressed concern that other legislative proposals could follow to allow for more local restrictions on large animal confinement units.

But Reineke says the strong advocacy of his constituents ultimately prevailed. “The issue was not going away,” he adds. “Now, residents and county officials have more say in the future of their community.”

Local control over the siting of wind and solar facilities already is a part of the regulatory process in many Midwestern states. In Indiana, for example, 34 counties have ordinances that restrict wind and solar projects.

This year, a bill would have shifted some control to the state. HB 1381 was passed by the Indiana House before stalling in the Senate. It would have created some statewide regulations for wind and solar projects and provided a $3,000-per-megawatt incentive (via a one-time construction fee) from developers for counties that choose to approve them.