Iowa, Michigan, Minnesota, Nebraska, North Dakota and Wisconsin have among the best-administered elections in the nation, according to a national evaluation released in March by the Massachusetts Institute of Technology’s Election Data and Science Lab.

The MIT performance index is based on the last seven election cycles and relies on 19 different indicators. 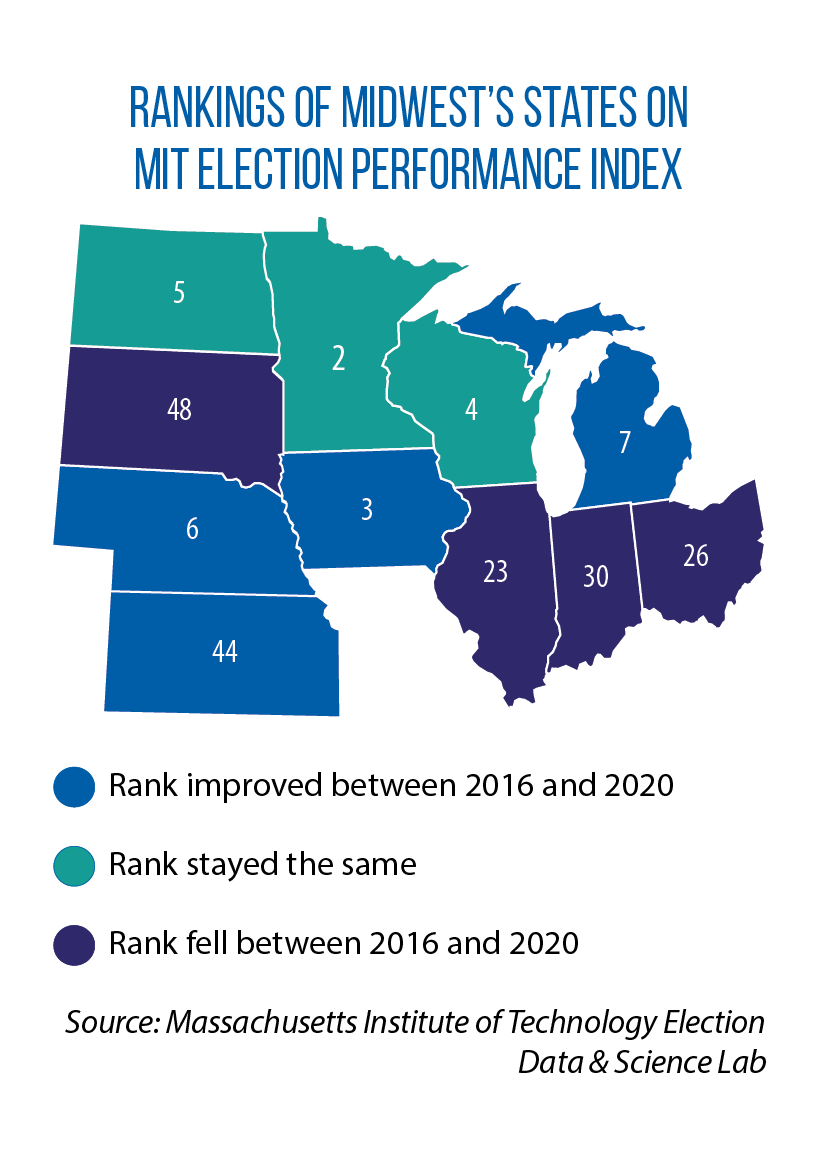 Despite the unique, pandemic-related circumstances of 2020, the data for the most recent U.S. election cycle show that states improved their administration of elections, according to the MIT researchers.

South Dakota ranks lowest among the 11 Midwestern states in the MIT evaluation. Among the reasons: the unavailability of online voter registration, a lack of state participation in the Electronic Registration Information Center, and no requirements for post-election audits.