With state funding, Kansas schools are becoming hub for students to connect to mental health services

Before the COVID-19 pandemic began, federal, state and provincial policymakers recognized and began responding to a growing need for mental health services among school-age children.

The U.S. Centers for Disease Control and Prevention found in 2019 that persistent feelings of sadness or hopelessness among high school students had increased 40 percent since 2009; over that same decade of time, the number of young people who reported planning a suicide in the past year had risen by 44 percent. 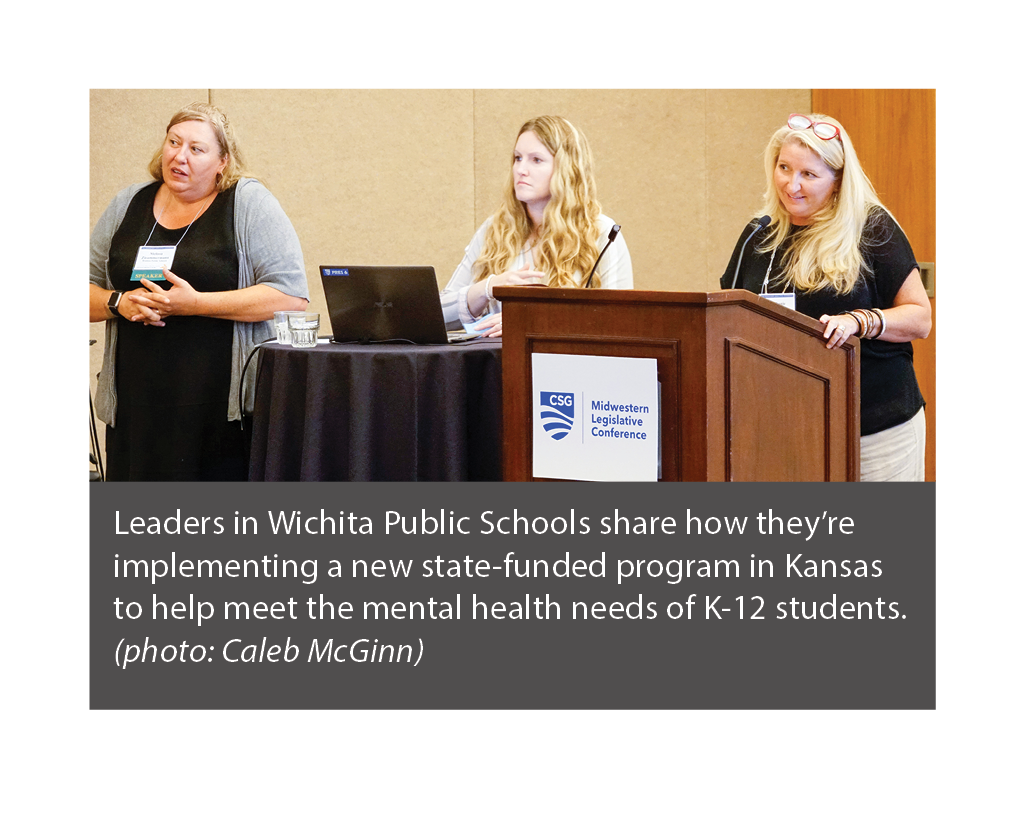 Kansas was among the many states that began trying to address this public health problem, one that has only worsened due to the many effects of COVID-19.

The pilot initiative began in nine school districts, including the state’s largest, Wichita Public Schools. (As of December 2021, 55 districts were participating.)

Wichita’s program began in 23 school buildings in neighborhoods identified as having the greatest needs; it later expanded to 37 buildings for the 2021-22 school year.

In all, Wichita Public Schools serves 47,334 students, 77 percent of whom come from homes at or below the federal poverty level. Its goals with the new state dollars: provide each school with mental health professionals, and connect students and their families to nearby services and providers. (You can see their presentation here.)

“Anxiety is number one” among reasons for students seeking the help, Anderson said, adding that de-escalation of anger or grief also ranks high among students’ needs.

Yager said the district has also used a mix of state and federal funding to:

The overall program is showing some success; of 672 students in the program, not one has dropped out of school, Zieammermann said.

Anderson said the district tries to reach students of all ages, but one key to destigmatizing mental health services is connecting with high school students on their preferred social media platforms. They, in turn, can influence their peers or younger siblings more than teachers or even parents.

The impact of athletes and other famous people who talk about mental illness on social media is also helping.

“It’s a slow crawl, but it helps,” Anderson added.

“We really emphasize relationships” to better both students’ mental health and connections to the broader community,  Zieammermann added.

Saskatchewan MLA Betty Nippi-Albright said her province has placed school wellness teams in local communities, but a shortage of service providers has hampered plans to expand the program. This problem is particularly acute in First Nations communities, she said, where suicide rates are high.

Manitoba MLA Len Isleifson said the province’s health ministry established a Department of Mental Health and Community Wellness, which released a five-year plan in February to expand wellness and health promotion programs and strengthen the province’s substance use and addiction recovery system.