In November, Kansans will decide whether a second kind of veto should be added to its century-and-a-half-old state Constitution: the power of the Legislature to repeal or suspend rules and regulations from executive branch agencies and officers.

The legislatively referred constitutional amendment has been years in the making in Kansas, says state Rep. Barbara Wasinger, who serves as vice chair of the Joint Committee on Administrative Rules and Regulations. 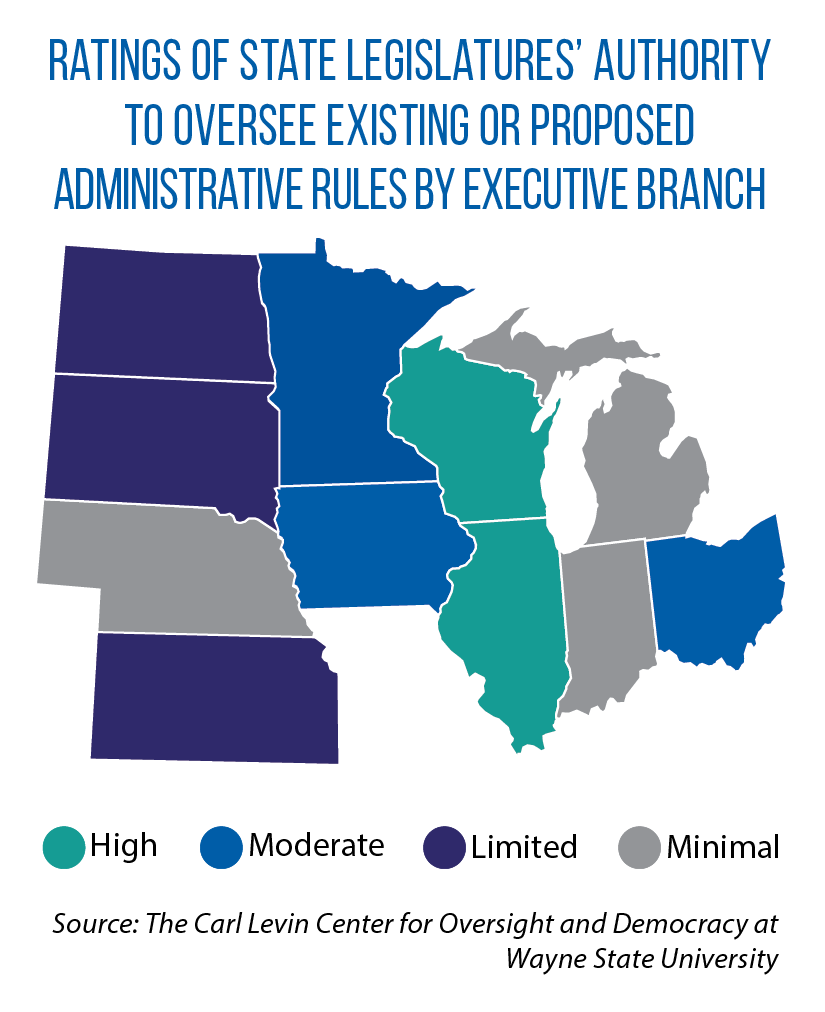 Ever since a state Supreme Court ruling from 1984, the Legislature has only been able to review and voice concerns about administrative rules and regulations, through the joint committee that Wasinger now helps lead and has served on since joining the House.

“I remember my first meeting as a committee member, and I got done and said [to the committee chair at the time], ‘Am I getting this right? We listen to everything they’re going to do, but if we don’t agree with it, if we think they’re doing something wrong, we can tell them, but they don’t have to listen to us?’ “ Wasinger recalls asking.

Her surprise at the lack of legislative controls soon turned to concern about the impact of new rules coming from the executive branch — from an additional regulation on hair salons that she says forced some smaller operations in rural Kansas out of business, to big changes to the workers’ compensation system.

Prior to the state Supreme Court ruling from 38 years ago, Kansas had a statute allowing the Legislature to pass a concurrent resolution that revoked or modified administrative rules.

Governors are powerless to act on concurrent resolutions, a fact that has led courts in Kansas and several other states to overturn “legislative vetoes” as unconstitutional on the grounds that they violate separation-of-powers principles, says Northern Illinois University law professor Mark Falkoff.

The best course of action for Kansas legislators, Wasinger says, was to ask voters to change the Constitution.

To get the amendment on the ballot, Wasinger and supporters first needed to secure a two-thirds vote in the House and Senate. That occurred earlier this year. Under the language of HCR 5014, the Legislature would have the authority to establish a process for revoking or suspending administrative rules through a majority vote of the members of each legislative chamber.

“This is not about discrediting anyone who works for the government [agencies], and I would say a majority of them want to do a good job for Kansas,” Wasinger says. “This is about accountability.”

The power of a joint committee in Illinois

Illinois has been cited as having one of the strongest such legislative checks because of the statutory powers granted to the General Assembly’s 12-member Joint Committee on Administrative Rules.

Democrats and Republicans are equally represented on the bicameral committee. A three-fifths vote of this committee can block agency rules. Earlier this year, for example, the committee stopped an attempt by the Illinois Department of Public Health to reinstate a mask mandate in schools.

Falkoff, though, believes the powers granted to the Joint Committee on Administrative Rules are on constitutionally shaky grounds.

“Illinois is kind of an extreme version of the legislative veto in that it doesn’t even require two houses, or even one full house,” he says. “It’s just this one committee that can do it. When you look at court rulings across the country, with the lone exception of Idaho, any type of legislative veto [of administrative rules] has been deemed unlawful [minus a change in the state constitution].”