Joined by leading policy experts and scientists on the Great Lakes, state and provincial legislators came to Chicago in September for a weekend devoted to learning about how and why to protect the largest freshwater system in the world. 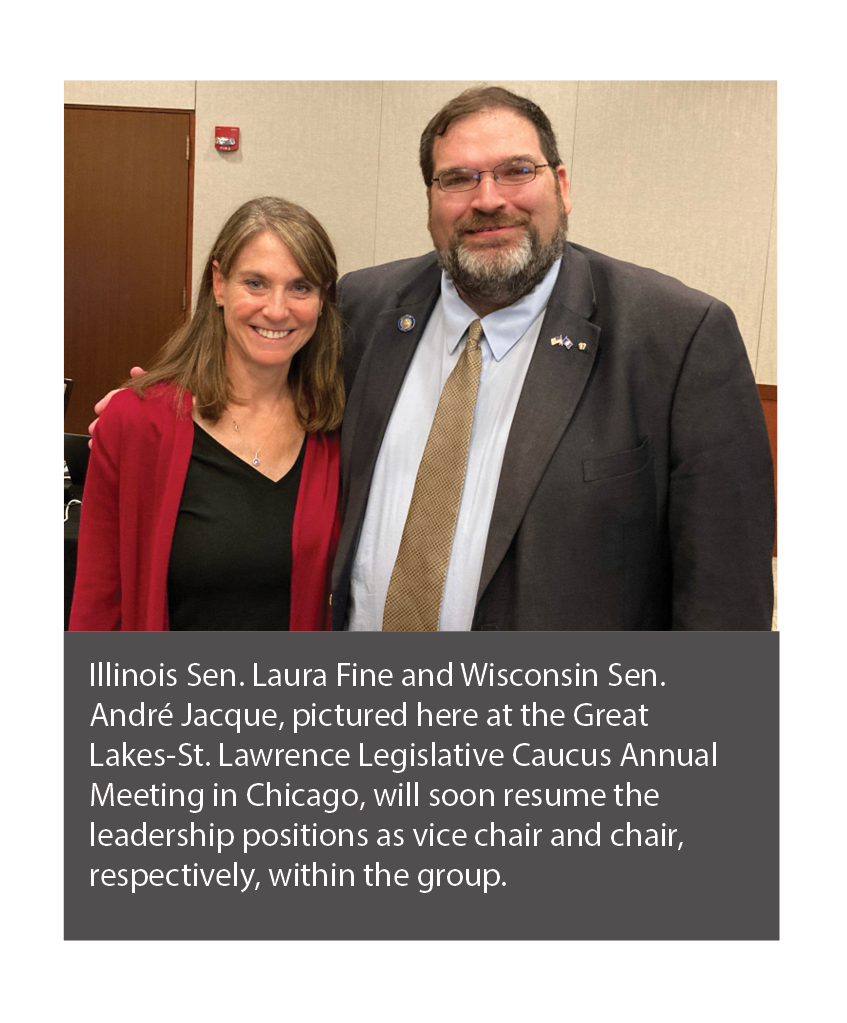 The GLLC is unique in its composition and focus. Counting legislators from all 10 jurisdictions of the Great Lakes basin (eight U.S. states, two Canadian provinces) as members, the GLLC’s mission is to strengthen the role of state and provincial lawmakers in policies that impact the Great Lakes and the region’s other water resources.

The group’s Annual Meeting is central to this mission, providing a forum for legislators to exchange ideas and innovations with one another and leading experts. This year’s topics included controlling the spread of invasive species, reducing nutrient pollution, cleaning up Areas of Concern, and addressing the problem of PFAS contamination. The meeting also featured a session on the impact of climate change in the Great Lakes region.

For the past several years, Illinois Rep. Robyn Gabel and Minnesota Rep. Jennifer Schultz have led the caucus as its chair and vice chair, respectively. Gabel led this year’s meeting in Chicago.

However, the caucus regularly rotates its two-officer team, and at the September meeting, members elected Sen. Jacque and Sen. Fine as chair and vice chair, respectively. Their terms begin in 2023. Additionally, the caucus has an Executive Committee made up of legislators from all 10 jurisdictions.

CSG Midwest provides staff support to the caucus, which also receives financial support from the Joyce Foundation, the Erb Family Foundation and the Charles Stewart Mott Foundation. The 2023 GLLC Annual Meeting will be held Sept. 8-9 in Québec City.

Caucus membership is free and open to all legislators from the Great Lakes states and provinces.

Summary of select sessions from meeting, five takeaways for legislators »