In a bipartisan deal struck in advance of this year’s general election, Michigan legislators changed how some people can vote and when local election officials can begin processing absentee ballots. 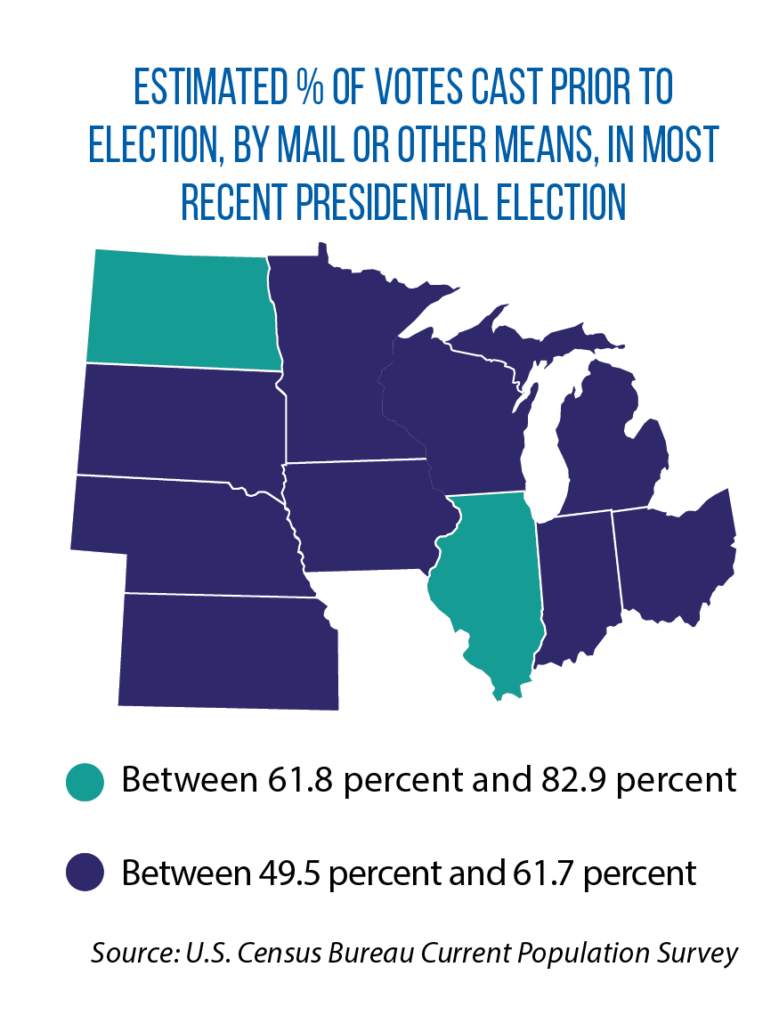 The agreement came after protracted negotiations as well as disagreements over the future of Michigan’s election laws, including gubernatorial vetoes of bills previously passed by the Legislature. The governor and legislators ultimately found agreement on four bills: HB 4491, HB 6071, SB 311 and SB 8. Among the provisions in the law: allowing election clerks from counties with 10,000 or more people to begin some processing of absentee ballots two days prior to Election Day. Local officials have said pre-processing will help them manage big increases in the use of absentee ballots by Michigan voters; for example, more than half of the ballots cast in the state’s August 2022 primary were absentee.

Under the new law, clerks will be able to examine and verify the validity of ballots so that they are ready for tabulation, which still will occur on Election Day. According to the National Vote at Home Institute, most states in the Midwest, except for South Dakota and Wisconsin, allow for some pre-processing of absentee ballots, though how this is defined can vary considerably. The institute also notes that five states in the Midwest — Illinois, Kansas, Nebraska, Minnesota and Ohio — allow early ballots to be scanned into tabulators ahead of Election Day.

Other parts of Michigan’s new law aim to ensure the security of absentee-ballot drop boxes (an alternative to sending in the ballot by mail). Video monitoring and regular inspections of the drop boxes will be required, and new chain-of-custody rules are in place for the handling of ballots from these boxes.

In future elections, too, active-duty military members, who are stationed overseas, will have the opportunity to return their ballots electronically.

Lastly, for communities that struggle to find suitable polling locations, Michigan will allow in-person elections to be conducted at privately owned buildings.