To date, Great Lakes states’ response to nutrient runoff problem has centered on delivery of incentives, technical assistance to farmers

When they reported on the condition of the Great Lakes earlier this year, the Canadian and U.S. governments told a now-familiar story about the status of Lake Erie.

“Poor,” the binational study found, both on measures of the impacts of nutrient runoff and the harmful algal blooms that this pollution can cause. And binational researchers warned of other areas with nutrient-related impairments — Green Bay in Lake Michigan, Saginaw Bay in Lake Huron, Lake St. Clair, and Hamilton Harbour and the Bay of Quinte in Lake Ontario. Even some short-lived blooms in Lake Superior (whose overall status on these indicators is “good”) have been observed in recent years.

How are Great Lakes states and provinces working to curb the nutrient runoff and related blooms?

For three years, a group of lawmakers has been exploring that question, as part of the work of the Great Lakes-St. Lawrence Legislative Caucus Nutrient Management Task Force. (CSG Midwest provides staff support to the caucus.)

Their review shows a greater emphasis on policies that target agricultural activity and practices (a source of much of the nutrient runoff), but that focus little on new regulations and more on a mix of incentives, technical assistance and new partnerships for farmers. 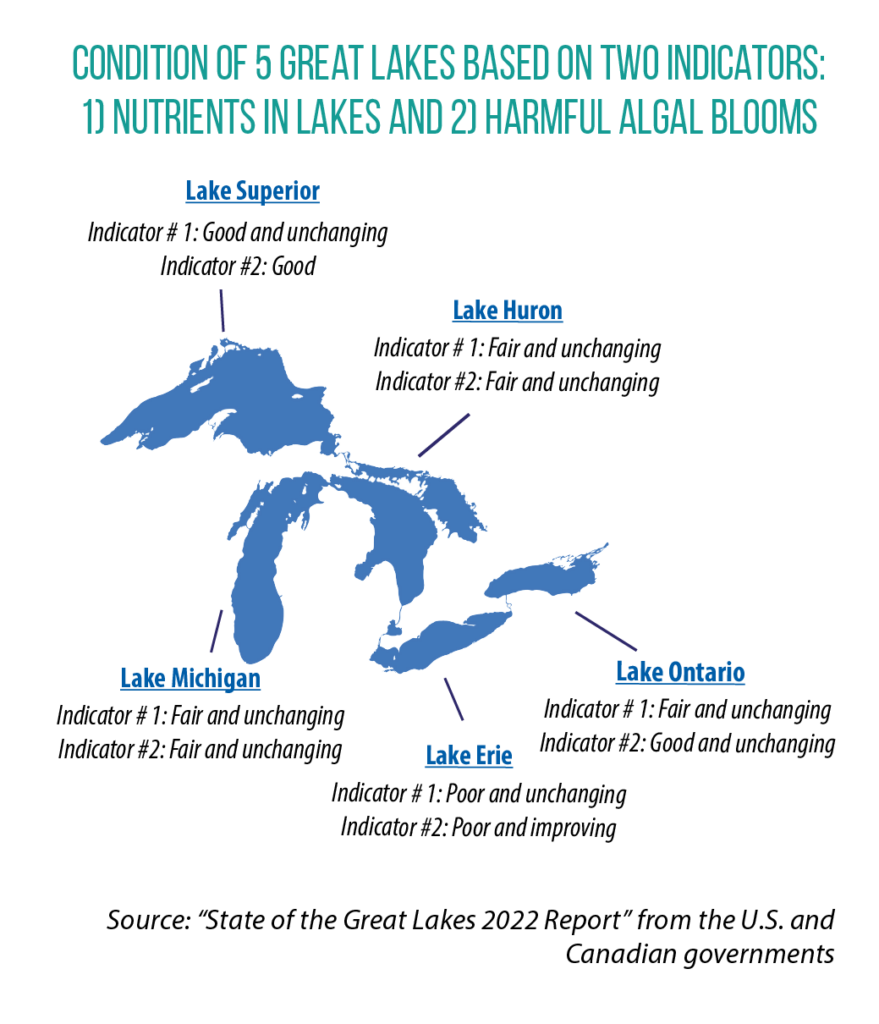 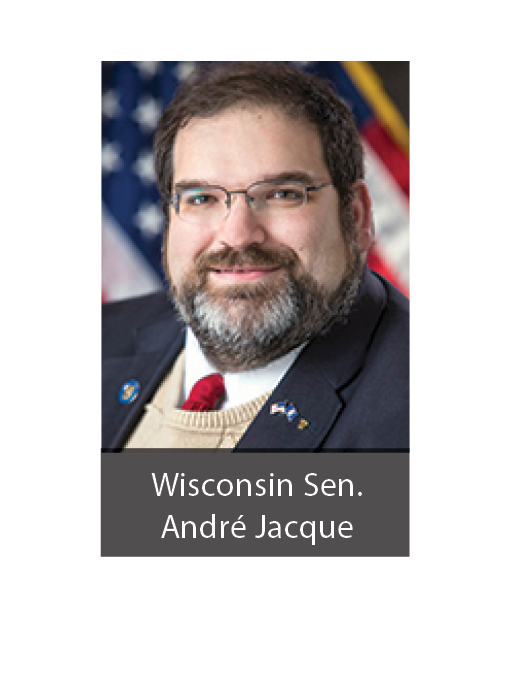 “One of the key takeaways is the importance of engaging with and incentivizing agricultural producers to adopt best practices,” says Wisconsin Sen. André Jacque, chair of the GLLC task force.

One option for states: encourage farmers themselves to lead the way. Wisconsin’s Producer-Led Watershed Protection Program is an example of this approach. Since 2015, legislative appropriations have provided grants to groups of farmers who take on water quality initiatives, using evidence-based methods best suited for their local watershed.

Milwaukee River Watershed Clean Families is one of the producer groups that has received a state grant through this program. Among its activities: conducting farmer-to-farmer outreach on practices to prevent nutrient runoff, partnering with the county on a long-term demonstration plot to experiment with cover crops and different seed types, and events to raise awareness about water quality.

Since the program’s first year, the amount of state funding has grown from $250,000 to $1 million a year; in all, 41 farmer groups are participating.

Simple reporting and local flexibility are part of the appeal of Wisconsin’s program. In Michigan, regulatory assurances help attract involvement in a long-running, voluntary conservation program: If a participating farmer adopts a state-recommended conservation plan, he or she gets certain statutory protections against penalties and fines in the event of accidental discharges.

Since the Michigan Agricultural Environmental Assurance Program began, more than 1 million acres of farmland have been enrolled. 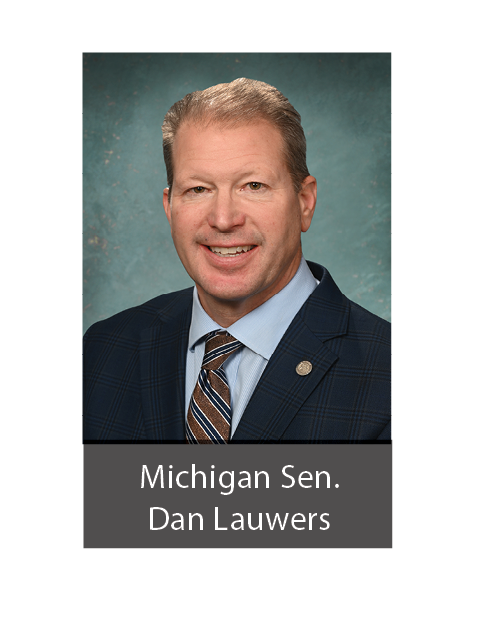 conservation practices to their specific farms,” notes Michigan Sen. Dan Lauwers. Along with this up-front assistance, participants get increased access to cost-share programs (nutrient management practices often have up-front costs, but long-term savings), and at the end of the process, they receive an “environmentally verified” sign for their property.

Similarly, Minnesota’s Agricultural Water Quality Certification Program allows producers to promote their farm as being protective of water quality. Under the program, a mix of technical and financial assistance goes to farmers seeking certification. Once a field is assessed and a site-specific plan is developed, any number of conservation practices may be implemented. Among the most common: the use of cover crops, adoption of a nutrient-management plan, improvements in tile drainage and irrigation water management, and the construction of grassed waterways.

The Minnesota Legislature requires that regular evaluations be done on the program’s effects. The most recent study found that 216 million pounds of soil have been kept on Minnesota fields annually. It also noted that 76.2 million pounds of sediment and 47,878 pounds of phosphorus were prevented from entering the state’s waters every year.

A separate analysis has found economic benefits for participating farmers as well: profits that were 6 percent higher compared to non-certified farmers, as well as better debt-to-asset and operating expense ratios. These benefits have been shown over three years of study.

As of April, 1,197 farms totaling more than 845,000 acres had been certified and had added 2,414 conservation practices. Minnesota expects to have 1 million acres enrolled by the end of this year.

Ohio has been ground zero for the problem of nutrient pollution in the Great Lakes, and the state’s H2O initiative marks an unprecedented effort to address it. For the current biennial budget, legislators allocated $120 million to incentivize farmers to adopt one or more practices proven to protect water quality.

H2Ohio originally focused on 14 counties in northwest Ohio, an agriculture-heavy area where nutrient pollution from farms gets to Lake Erie via the Maumee River and contributes to harmful algal blooms. The program now encompasses land in the entire Western Lake Erie Basin. Thus far, close to 35 percent of cropland in that basin (in Ohio) has been enrolled in H2O. 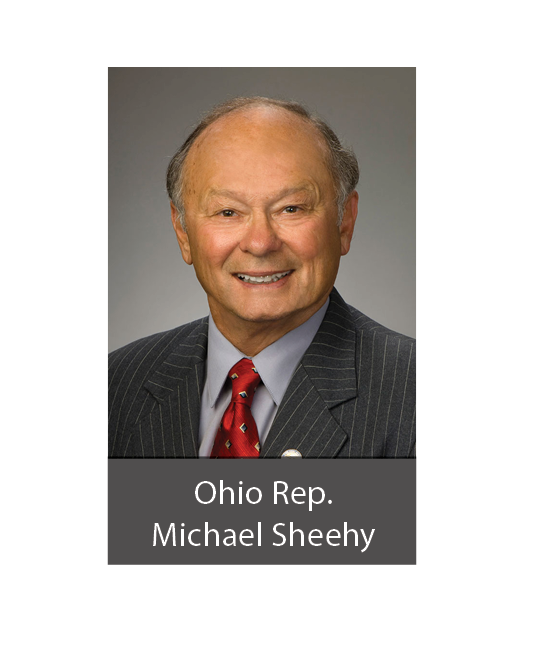 “[It] has made incremental improvements in the watershed, just as other programs the task force has endorsed have in other watersheds,” says Ohio Rep. Michael Sheehy, whose legislative district encompasses the Maumee River watershed. “Much more needs to be done to achieve the goal of 40 percent nutrient reduction by 2025.” (That is the target set by the U.S. and Canadian governments, as well as Michigan, Ohio and Ontario.)

As part of the H2Ohio plan, Ohio’s soil and water conservation district offices lead local efforts to help farmers implement the best management practices. Counties in the Maumee River watershed each have a localized phosphorus target to help ensure accountability, and district offices are developing individualized nutrient-management plans to reduce the most phosphorus runoff at each location.

These state-supported programs typically include a series of conservation measures for farmers to take, and one of the more common science-based practices is the use of cover crops. Planted after harvest, cover crops sequester carbon in the soil while reducing soil erosion and nutrient runoff from fields during fallow seasons.

“Evidence largely suggests cover crops do not raise yields or returns in the first years of adoption,” notes Carl Zulaf, a professor of agricultural economics at The Ohio State University.

As a result, only 5 percent of U.S. cropland had cover crops in 2021. To encourage a large-scale adoption, Zulaf says, a sizable national subsidy is needed.

At the state level, Illinois provides a $5 per acre premium discount on crop insurance to producers who plant cover crops; in 2022, the incentive will apply to 100,000 acres, double the previous years’ allocation. Iowa, Indiana and Wisconsin also offer this premium discount.

But financial incentives alone often are not enough.

The support of local experts — specifically, talented staff in local conservation districts — is essential to provide farmers with up-front and ongoing technical assistance, the Great Lakes task force found. Additionally, these experts can help with accountability in state-funded programs. (Are the conservation plans on farms being properly and fully implemented? Is water pollution being prevented? Is water quality improving?)

Legislatures can strengthen this assistance by providing a dedicated funding source for these offices.