In Michigan, a portion of a tax on mining now helps fund rural development in many sectors

Across the Midwest, income levels among rural residents tend to lag those of their urban counterparts, and the gap has been growing.

Since 2010, inflation-adjusted income rose 14.5 percent in metropolitan areas vs. 9.7 percent in rural areas. Some rural regions, especially those far away from urban centers, are experiencing actual declines in per capita income.

How can a state help some of its more sparsely populated areas grow and prosper?

One approach in Michigan has been to use money from one of that state’s oldest economic sectors to improve the sustainability and viability of other “land-based industries.” 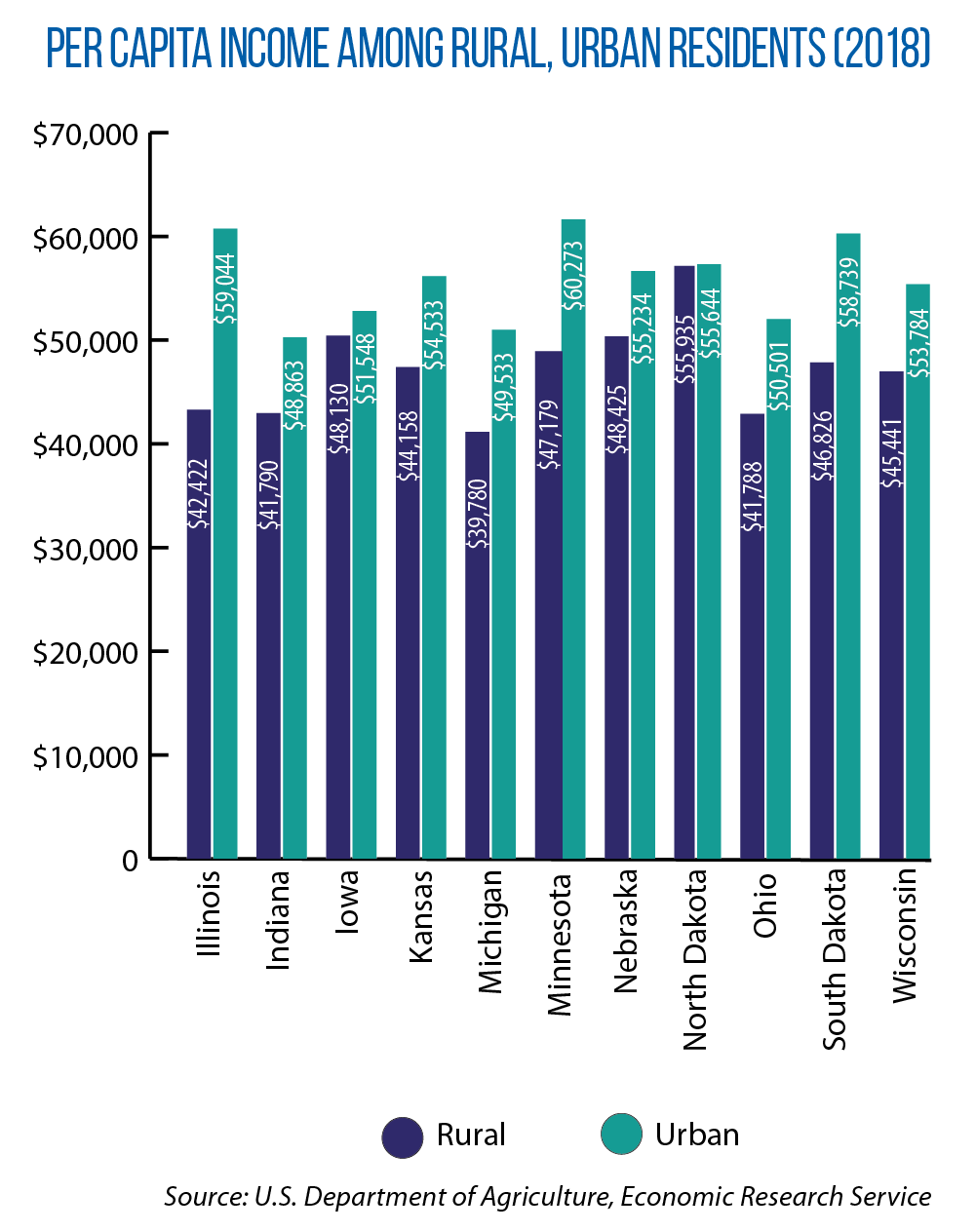 The Legislature’s response was to create a Rural Development Fund with a dedicated revenue source, a portion of a 2.75 percent severance tax on mining activities. Under the legislative statute, which dates back to 2012, land-based industries include tourism, food, agriculture, forestry, mining, and oil and gas production.

“Grants [from the fund] can go a long way to spur investment and expansion opportunities for Michigan’s rural residents and communities,” Sen. Dan Lauwers says.

The fourth set of grant recipients under the initiative was announced in February. In all, the state is providing $1.7 million this year to a diverse set of projects and grantees — for example, expansions of livestock processing, local tourism campaigns, improvements in sewer and water services, and help for local breweries.

Project funding can vary considerably as well: $13,000 for honey bee hives or $100,000 (the maximum amount for a single grant) to boost housing for seasonal farm laborers.

Under the competitive grant program, all proposals require at least a 30 percent match. Projects must benefit rural communities or other areas with smaller population sizes (for example, a county that might have one urban cluster of up to 60,000 people but still has relatively few residents).

A five-member board establishes the grant guidelines at meetings that are open to the public. Four of the members are selected by the governor and confirmed by the Senate; the fifth is Michigan’s Department of Agriculture and Rural Development director. Agency staff later conducts site visits with each of the grant recipients, who are expected to provide progress updates to the board and reports to the department. “The data and grantee reports show that the fund has been successful in helping to move Michigan’s rural communities forward,” Throne says.

The Michigan Rural Development Fund receives 35 percent of the money collected from the 2.75 percent severance tax on mining.

Marquette County, located in Michigan’s Upper Peninsula, accounts for much of the state’s mining activity, and this region does receive preference in the annual allocation of grants. (In the most recent cycle, Marquette-based projects received about half of the funds.)

The idea is to position Marquette County for economic prosperity after the mining operations have closed, while also helping Michigan’s other rural communities thrive.