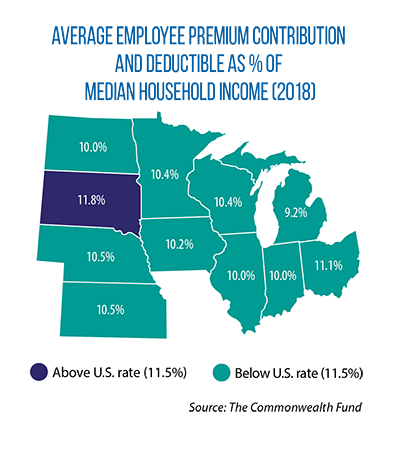 marketplace. The new “workforce bridge” builds on the Healthy Indiana Plan (HIP), which is used by the state to expand Medicaid to cover low-income adults. Each HIP participant has $2,500 placed in an account each year to use for health care expenses. But what happens when someone no longer qualifies for HIP, due to a new job or other factors that cause his or her income to rise above eligibility thresholds?

Previously, participants lost the ability to use any funds in their state-funded account. However, with implementation of the HIP Workforce Bridge, members leaving the Healthy Indiana Plan can continue to use up to $1,000 from their account for up to 12 months in order to pay premiums, deductibles, co-payments and co-insurance during their transition to other types of coverage. “This is one of our first efforts to mitigate the eligibility cliff effect in Indiana, which is a priority across all of our programs now more than ever,” says Jennifer Sullivan, secretary of the Indiana Family and Social Services Administration.

Addressing the “cliff effect” is particularly important considering the rise in costs for individuals enrolled in the nation’s employer-based health plans. Between 2008 and 2018, the combined cost of employees’ contributions to premiums and deductibles outpaced growth in U.S. median income in every state, according to a November 2019 study conducted by The Commonwealth Fund. Nationwide, the combined cost was 11.5 percent of U.S. median household income in 2018; that compares to 7.8 percent in 2008. Every state in the Midwest followed this trend, with the costs of work-based health care consuming a larger percentage of incomes.