When most states closed their books this summer on fiscal year 2021, the vast majority of them had revenue collections that outpaced their budget forecasts.

That’s not so unusual in a typical fiscal cycle. But in the year of a pandemic, when economic activity was curtailed or even shut down, few if any fiscal analysts were predicting such sound conditions.

“We weren’t wrong; what happened is a lot of things were done right,” Shelby Kerns, executive director of the National Association of State Budget Officers, said in July at the Midwestern Legislative Conference Annual Meeting. 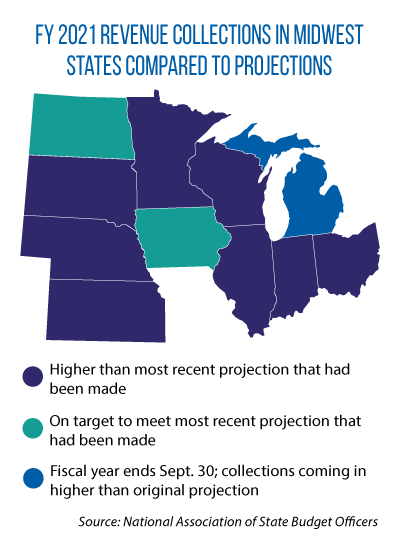 States themselves, meanwhile, had successfully fought for the authority to collect sales taxes from e-commerce transactions. And during the first quarter of calendar year 2021, e-commerce accounted for 13.6 percent of total U.S. sales; that compares to 7.8 percent five years ago.

“Can you imagine the trouble that states that rely on the sales tax would be in if it wasn’t for that [change]?” Kerns asked.

Also leading up to the pandemic, states had built up record levels of rainy day funds and other reserves.

Other, unanticipated factors ended up helping states as well.

High-wage earners were largely insulated from the pandemic’s economic effects, thus limiting the impact on income tax collections, while shifts in consumption actually helped state tax bases — a move away from the purchasing of services (often not taxed by states) and toward goods. Plus, the stock market hit record levels.

Despite this good news, state revenue estimates are still below pre-pandemic forecasts, Kerns said. She added that legislators should be prepared for a rise in expenditures, most notably in Medicaid, as a temporary boost in federal aid ends and must be replaced by state dollars. 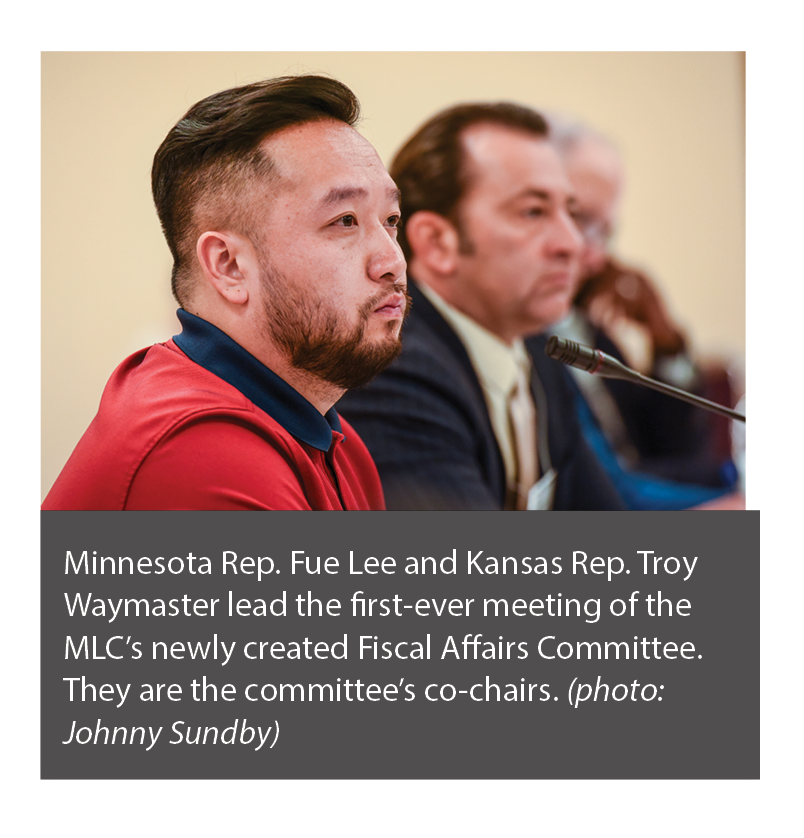 The July session (organized by the MLC Fiscal Affairs Committee) also included a look at how states will use the billions of dollars coming to them via the American Rescue Plan Act.

The Council of State Governments is tracking state activity, and two CSG experts, Christina Gordley and Carl Sims, shared some of their findings.

So far, Sims said, states are looking to “make sure [ARPA] funds have a long-term impact and return on investment” while not adding to the “state’s ongoing financial responsibilities.”

For example, states are making one-time investments in broadband and other infrastructure needs, as well as modernizing their unemployment and information technology systems.