Though some states have used demonstration waivers to experiment with the use of federal Medicaid dollars for housing services, Minnesota is the first in the nation to take the idea a step further, making such services a basic benefit of the public health insurance program.

Three years ago, the Legislature directed the Department of Human Services to make housing services a part of the state’s Medicaid plan. Federal approval came in 2019. The benefit began being offered in July.

“It’s going to give some flexibility in attempting to take a holistic approach to someone’s needs,” says Deputy Senate Majority Leader Michelle Benson, who serves as chair of her chamber’s Health & Human Services Finance and Policy Committee. 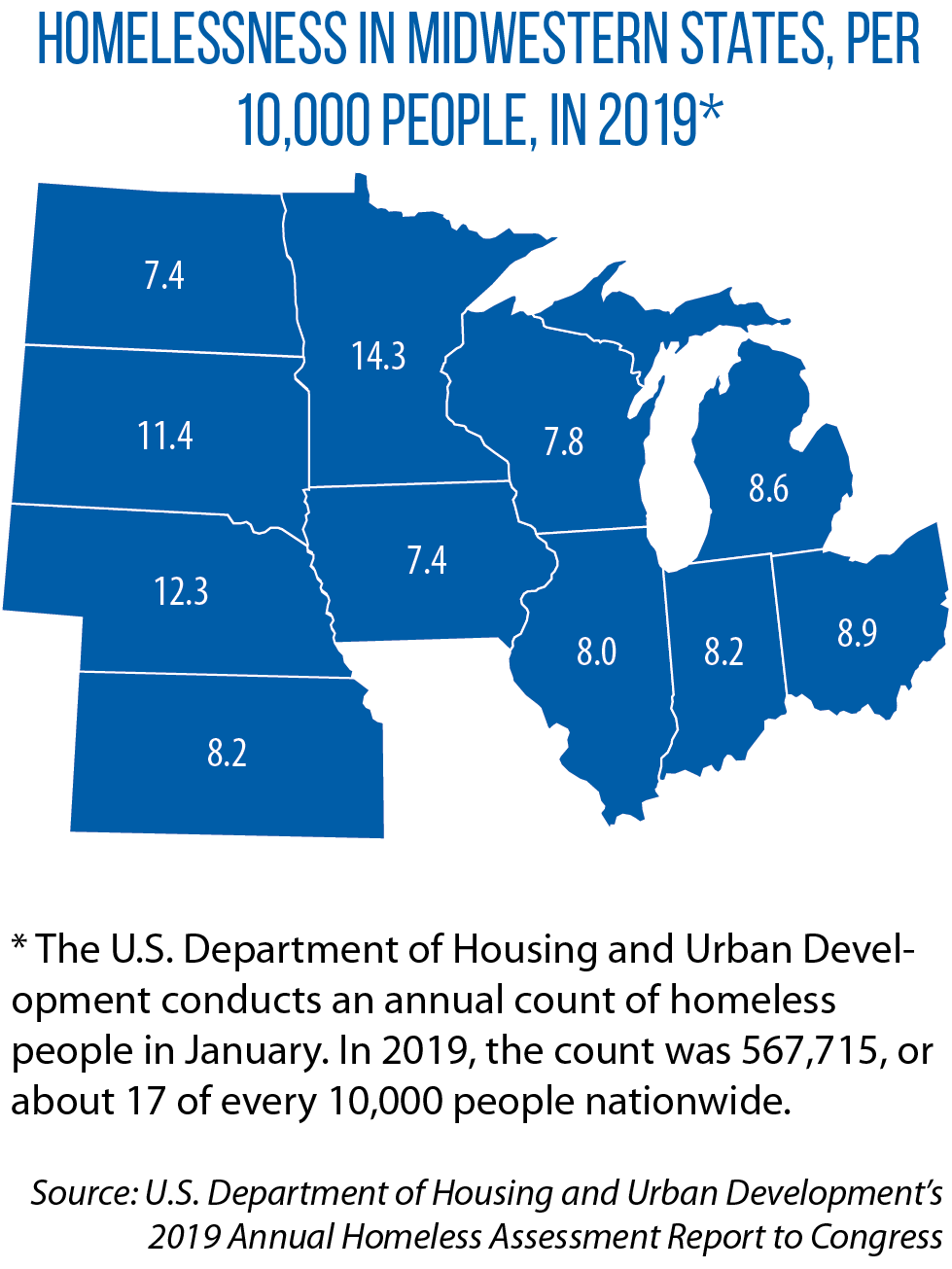 “We have housing and mental health. If we can break down barriers and have those be coordinated, hopefully we’ll have better outcomes for everyone.”

The new benefit will be used to help seniors and/or people with disabilities — including those with mental health and substance abuse disorders — who are either in need of housing or at risk of losing it.

“Sustaining services” include training on being a good tenant, and the early identification and prevention of behaviors that could lead to eviction.

The new benefit does not cover room-and-board expenses.

By placing these services in its Medicaid plan, Minnesota can assist more people while avoiding a federal requirement that demonstration (or pilot) programs be revenue neutral, says Erin Sullivan Sutton, director of the department’s Housing and Support Services division.

She says the new service originated with a June 2015 memorandum from the U.S. Centers for Medicare & Medicaid Services advising states on allowable coverage of housing-related services for people with disabilities.

The department then recommended it to the Legislature, which subsequently included language on housing services in an omnibus budget bill (SF 2) passed in 2017.

When the program is fully implemented, an estimated 7,600 Minnesota residents will receive these housing services, at an estimated annual cost of $2.6 million, according to the Minneapolis Star Tribune.

Minnesota’s goals include reducing homelessness and building a stronger link between where people want to live and the services they need in order to have stability in their lives.

Illinois is about halfway through a six-year demonstration project of how similar housing support services can help people with serious mental illnesses and/or who are recovering from substance use disorders and are at risk of homelessness.

“By coupling stable housing and pre-tenancy and tenancy supports and services with behavioral and physical health services, the chances of mental health recovery and reduced alcohol and drug use among persons with mental illness and/or [substance use disorder] experiencing homelessness or housing instability greatly improve,” state officials said in their application for a Medicaid waiver allowing the project to proceed.