September 2020 Question of the Month | Requirements on where legislatures meet

Are legislatures, via constitutional or statutory language, required to meet in the seat of state government?

Legislatures Question of the Month

A requirement on where legislatures “shall meet” is a common element of state constitutions. This year, that language demanded an unusual amount of attention among state legislative leaders, as they grappled with ways to protect the health of members while still conducting the business of their state during a pandemic. 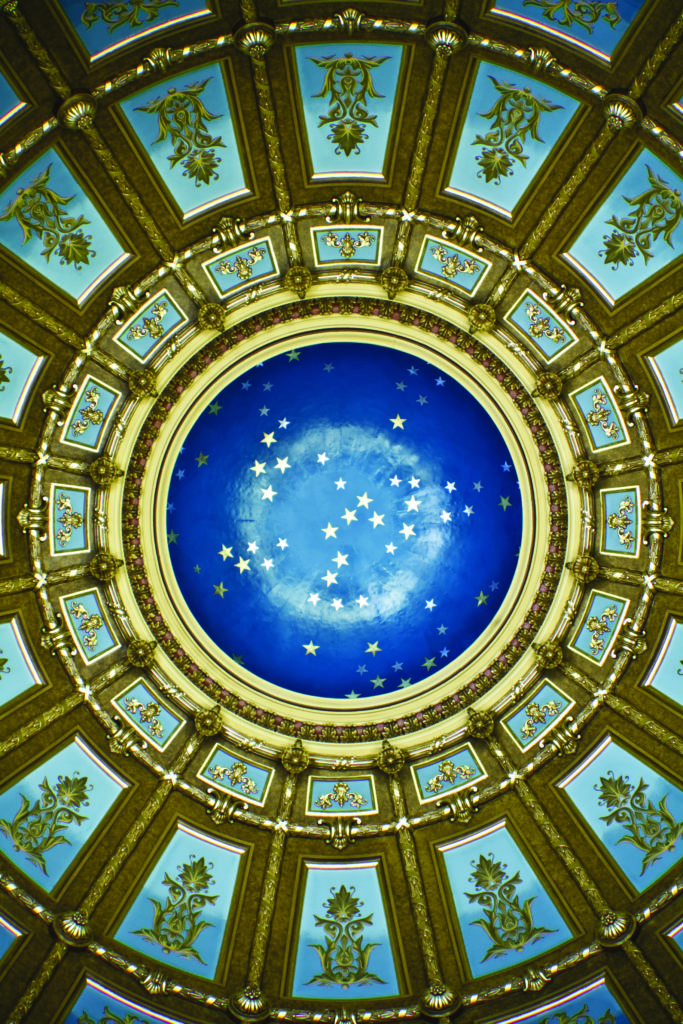 According to research done by the Midwestern Office of The Council of State Governments (including a survey of most of the region’s legislative service agencies), at least eight of the Midwest’s 11 states have constitutional provisions on where legislatures must meet and hold sessions. This language sometimes varies. For example:

Statutory or constitutional language sometimes provides exceptions to these rules on where legislatures must meet. For example, the governors of Illinois and Iowa have the power to convene the legislatures “at some other place” due to “pestilence or public danger.” Nebraska allows for the selection of a temporary seat of government due to “enemy attack or imminent threat thereof.”

Above and beyond this kind of specific language, constitutions may have general language providing leeway for legislatures on how and where they meet, such as this passage from the Indiana Constitution:

“Each House shall have all powers, necessary for a branch of the legislative department of a free and independent state.”

In an interview earlier this year with CSG Midwest, University of Missouri political scientist Peverill Squire, a leading expert on state legislatures, said “most of the states’ constitutional provisions can be interpreted to allow for legislatures to meet in a way that is different than traditional fashions.” He adds that the judiciary has typically deferred to legislatures and allowed them to make decisions about internal operations.

In Wisconsin, a law passed in 2009 allows the legislature to convene remotely in the event of a publicly declared disaster. Earlier this year, that state’s Senate met virtually to protect the health of members and staff during the pandemic. Members cast roll-call votes from across the state (in their homes or offices, for example). South Dakota also held a virtual session day this year.

On a June 2020 webinar hosted by CSG’s Midwestern Legislative Conference, Minnesota Rep. Rick Hansen talked to fellow lawmakers about how his state’s “seat of government” constitutional requirement was interpreted and applied as the Legislature met in special session to act on COVID-19-related measures. Though legislative rules were temporarily changed to allow for remote voting, and very few members were actually in the legislative chamber to cast roll-call votes, they had to be physically present somewhere in the city of St. Paul, Minnesota’s seat of government.

“We had people calling in from parking lots for the roll call because we need a majority vote, or a supermajority vote if we were suspending the rules, to be in St. Paul,” said Hansen, who took part in the legislative session from his office.