With unanimous legislative support, Minnesota bans use of perchloroethylene by dry cleaners

Minnesota is the first U.S. state with a legislative ban on perchloroethylene, a chemical that the U.S. Environmental Protection Agency describes “as the dry-cleaning solvent of choice” for decades but that has been found to have adverse environmental and human-health effects. Several safer alternatives are now available for use, the U.S. EPA says.

HF 91 passed unanimously in the Minnesota House and Senate; it was signed into law in March. 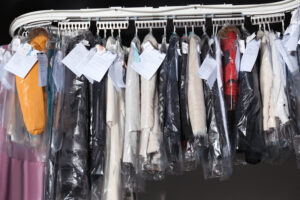 The bill’s author, Minnesota Rep. Rick Hansen, says a legislative agreement actually had been forged last year as the result of discussions with the Minnesota Pollution Control Agency and the Dry Cleaners Association. “But during the pandemic the legislation got sidelined,” he says. “With bipartisan co-sponsors and help from both regulators and the industry, we kept the coalition together to get HF 91 passed.”

Under the new law, the state will provide $213,000 in financial assistance to dry cleaners for cleanup efforts as well as fund a $355,000 cost-share program to help these businesses transition away from the the use of perchloroethylene. The use of this chemical as a dry-cleaning solvent is prohibited under state statute starting in 2026.

When this fund was created, Minnesota had more than 300 dry cleaners, there currently are less than 100. That decline has left the account short of the funds needed for cleanup efforts; HF 91 provides additional funds to make up for this shortfall.

Three years ago, Minneapolis became the nation’s first “perc-free city.” Local officials banned use of the chemical in dry-cleaning facilities after conducting air quality studies inside business and surrounding communities. Investigators detected perchloroethylene above health risk levels in 99 places across the city. In humans, perchloroethylene may affect the central nervous system, the liver, kidneys, blood and immune system, and perhaps the reproductive system.