A new law in Wisconsin aims to ensure that the state’s first-responders get the treatment they need to recover from post-traumatic stress disorder. With the passage of SB 11 in April, the payment of worker’s compensation benefits will be allowed if a police officer or firefighter gets a PTSD diagnosis from a licensed mental health professional. 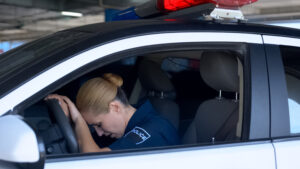 Wisconsin’s previous standard had left many first-responders without access to the benefits and, as a result, treatment.

In a 2017 national study of first-responder deaths, the Ruderman Family Foundation found that more police officers and firefighters had died by suicide due to mental illness (including PTSD and depression) than in the line of duty.

Three years ago, Minnesota legislators passed a measure (HF 3873) to remove obstacles that were keeping first-responders from getting treatment via the state’s workers’ compensation system. Under that law, PTSD was deemed “an occupational disease” that “shall be presumed to have been due to the nature of employment.”