Early in the COVID-19 pandemic, a long-standing, but overlooked, threat to U.S. economic, health and national security was laid bare. “We realized that our dependence on critical supply chains often led back to China,” Elaine Dezenski, a senior advisor to the Foundation for Defense of Democracies, said in July during a presentation at the Midwestern Legislative Conference Annual Meeting.

That was most immediately felt because of an inadequate supply of personal protective equipment. “We were not the first in line to receive PPE,” Dezenski said.

And these supply-chain vulnerabilities extend to many other areas. Take, for example, the manufacturing of semiconductors, a necessary component of electronic devices. They are part of the electric grid and telecommunications systems, and are needed to make everything from new cars to 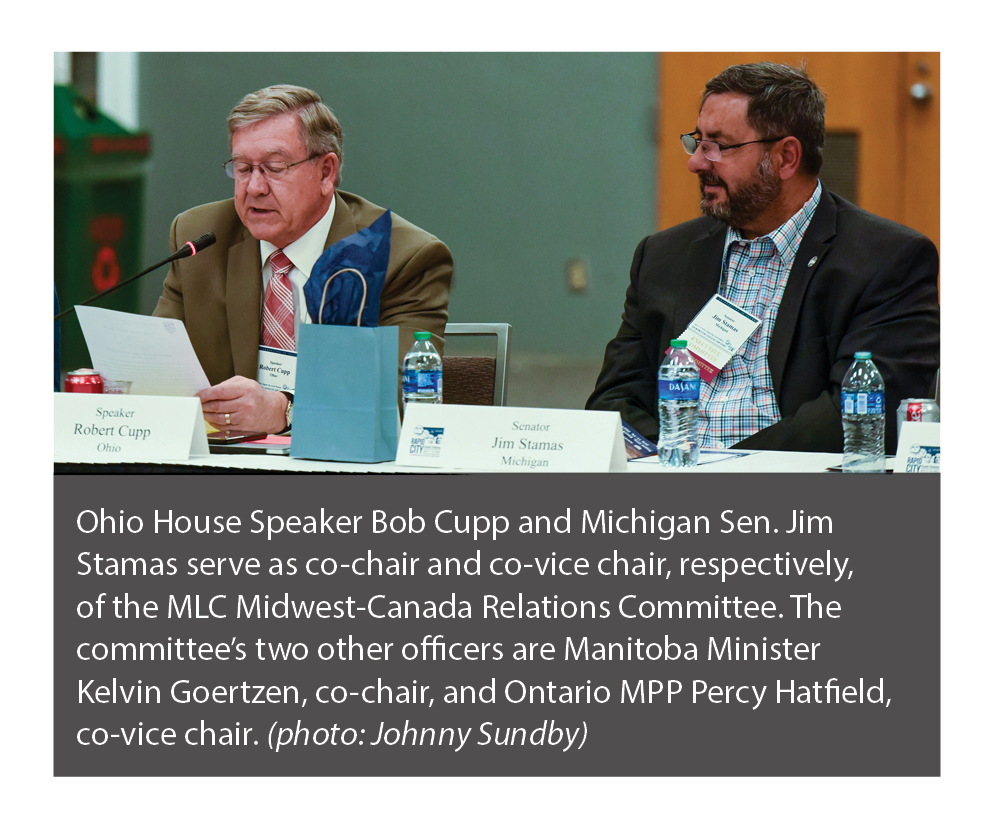 refrigerators to fighter jets. Since 1990, the U.S. share of global semiconductor production has slipped from 37 percent to 12 percent, according to a June report of the White House. The same report noted that China controls an estimated 55 percent of the capacity to mine rare-earth metals (used to make batteries, engines, defense equipment, etc.), as well as 85 percent of refining capacity.

The pandemic was a call to action, but John Austin, director of the Michigan Economic Center, warned policymakers to avoid the temptation of embarking on a go-it-alone strategy of “reshoring.”

Austin and Dezenski said a better path forward is “ally shoring.” First, identify products and economic sectors where domestic manufacturing is needed to protect national security and provide good-paying jobs. Next, develop secure supply chains for these products with countries that share democratic values and are committed to rules-based trade. “It will make our supply chains more reliable, resilient and predictable,” Dezenski said.

Ally shoring also builds on a strength of the economic relationship between the United States and Canada, Austin said: The two countries don’t so much trade together, as make things together. “Fifty percent [of the activity] is in so-called intermediate goods, the component parts or pieces of a larger puzzle or product,” Austin said. “So we really are co-producing.”

The MLC’s Midwest-Canada Relations Committee organized this session on ally shoring at the Annual Meeting. This binational committee has long served as a forum for state and provincial legislators to discuss trade issues and to provide a voice for the Midwest. Austin said the economies of this region’s states and provinces already are “tightly wound” and “interdependent,” and have much to gain from what he called a “rewiring” of critical supply chains.

“We want to keep doing business with China and everybody else, but not in areas where it is detrimental to our interests and our allies’ interests,” Austin said.

He recommended that legislators learn about vulnerabilities in their own jurisdictions, and then advocate for necessary changes in trade policy. “The pressure to act is going to come from the state level,” Austin said.