Six years ago, the largest gas leak in U.S. history occurred in California.

The incident, as it turned out, resulted in the chance for a natural experiment of sorts — to see whether better air quality in schools leads to improved student achievement. That’s because as a precautionary health measure, high-performing air filters were installed in all school buildings within a five-mile radius of the leak.

An economics professor on the other side of the country, Michael Gilraine from New York University, studied the effects by comparing the academic gains of students in those schools vs. peers in schools without the filters. (Regarding the gas leak, the filters ended up being only a precaution; natural gas was not detected inside any of the nearby schools.)

Gilraine’s findings and conclusions, released in 2020, were striking: The math and reading scores of students in those nearby schools increased as a result of the air-filter installations, with the gains equivalent to cutting class sizes by one-third.

Eliot Bostar, a new state senator from Nebraska, saw the results and immediately wanted to know more. “I got in touch with Dr. Gilraine and asked him, what do you think would be a good next step?” Bostar says. “The message I got from him, as well as other researchers, scientists and academics working in this field, was that we need more research.”

That is now occurring in Nebraska as the result of this year’s LB 630, a bill Bostar sponsored that passed with near-unanimous legislative approval. The two-year study, estimated to cost about a half-million dollars, is being run by the Nebraska Department of Education with help from University of Nebraska researchers. 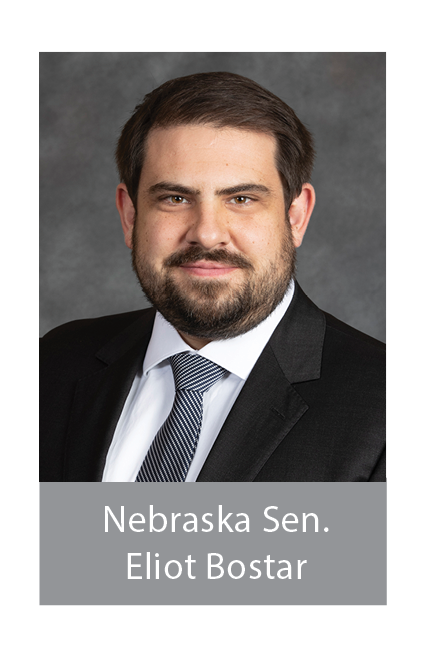 It involves 300 classrooms of third- to eighth-grade students in 50 different Nebraska schools. Half of the classrooms will be equipped with commercial air filters to remove common pollutants and particulate matter, half will not.

Researchers will compare the academic and behavioral performance of these two groups of students, and then report its findings to the Legislature.

“Even if the results demonstrate an effect of just half of what the Gilraine study produced, it would still be one of the most cost-effective endeavors we could pursue to improve academic outcomes in our school,” Bostar says.

In his study, Gilraine estimated the cost of the filters to be $1,000 per year, per classroom. Air quality and Covid-19 Nebraska’s new research comes at a time when more attention is being paid to indoor air quality in schools, particularly as it relates to preventing the spread of COVID-19 and other diseases.

One priority of the American Rescue Plan Act, for instance, is to improve ventilation in schools and colleges, with new federal funding available to upgrade heating, cooling and ventilation systems and to purchase new air filtration units.

“For us in Nebraska, as we study the academic impact of reducing indoor air contamination and pollution, it will have the added benefit of allowing us to examine whether or not these filtration systems have an impact on [reducing] disease transmission,” Bostar says. “That is very much how the experiment has been designed.”

Another potential benefit of improved air quality is reducing the number of days missed by students. Asthma is a leading cause of school absenteeism, and poor indoor air quality has been linked to severe attacks and allergic reactions.