Minnesota is revamping its policies on oral health, including higher Medicaid payments for dentists

In Minnesota Rep. Tina Liebling’s hometown of Rochester, some of the world’s best, cutting-edge medical care is delivered every day at the internationally renowned Mayo Clinic.

But for low-income people in her community, accessing the most basic of preventative services can be a challenge.

“If you’re on Medicaid, it’s hard to find a dentist who will take you,” Liebling says.

Her hope is that will change with a series of legislative changes now taking effect as part of HF 33, an omnibus health bill that passed during a special session in 2021. 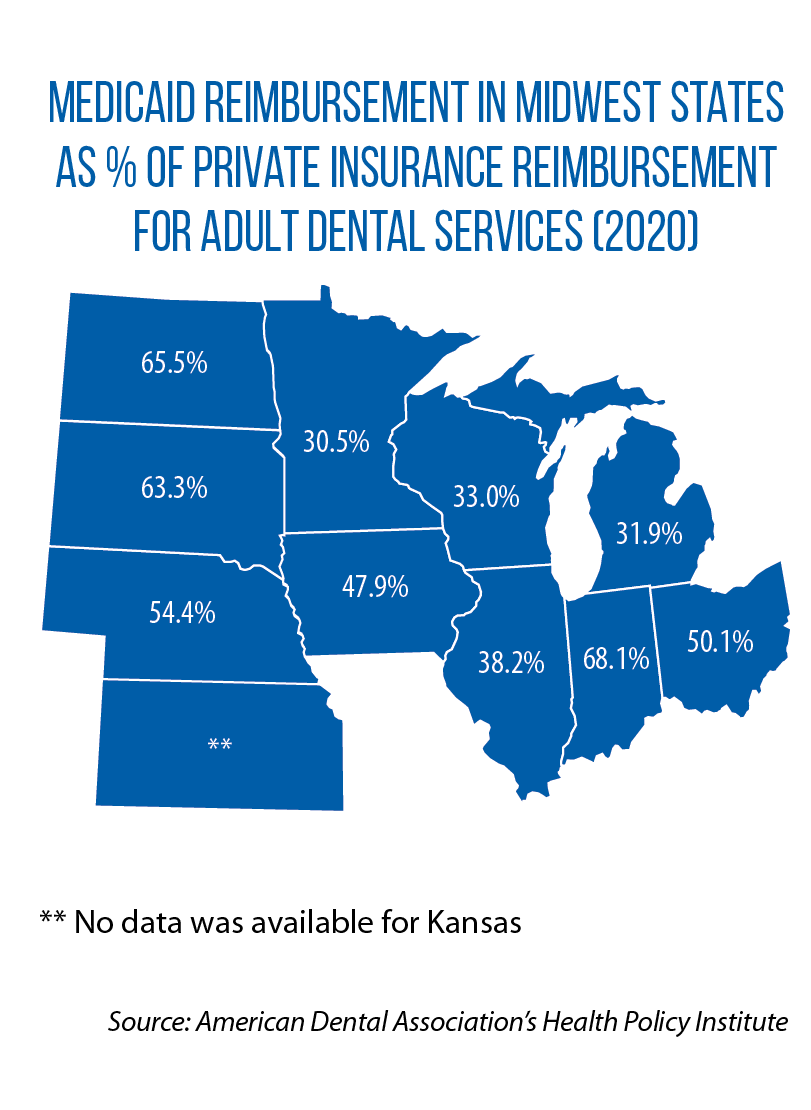 According to Liebling, the new law’s provisions on oral health were years in the making.

Across Minnesota, chronically low reimbursement rates and a complicated rate structure have led to a shortage of dentists willing to accept Medicaid patients.

The challenge for Liebling and others was raising awareness about the problem and gaining enough support for a legislative solution.

“It was building [momentum], and this year it finally came to a head,” she says.

Starting in January, reimbursement rates (set more than 30 years ago) will increase by 98 percent, and all dentists will be paid the same rates for the same services in two separate state-funded programs for low-income families.

Minnesota’s HF 33 also restores coverage of dental treatment for periodontal disease for adults (it had been discontinued, except for pregnant women, in 2010 as a part of budget cuts). Periodontal disease has been linked to chronic health conditions such as diabetes, heart disease and even dementia. Research shows that treatment can result in long-term savings.

Under the new law, too, more is being asked of the managed-care organizations that administer enrollees’ dental benefits.

For example, there is this new benchmark: In each managed-care plan, at least 55 percent of low-income enrollees (adults and children) should receive at least one dental visit during a coverage year. In addition, across all of the state’s managed-care plans, dental providers will now have access to a uniform credentialing process.

Legislators also want to explore new ways of connecting people to dental care. By February, they will receive recommendations on the design of a pilot project for “dental homes.”

It’s an idea that builds on a coordination-of-care model already used in other parts of Minnesota’s health system: Providers are certified by the state as “medical homes,” and get reimbursed for overseeing the overall care and well-being of a patient.

The pilot project will test new payment models, incentives and delivery systems — with a statutory requirement that it focus on reaching “high-risk and medically and socially complex enrollees.”

Another Midwestern state also is advancing this idea; Michigan’s budget includes $1.75 million for local health departments to partner with providers on “high quality” dental homes for seniors, children, adults in Medicaid and low-income people without insurance.

In a third state, one new home for dental services will be schools. Under SB 346, signed into law in July, the Illinois Department of Healthcare and Family Services will administer a school-based dental program that provides preventative oral-health services to students.