In 2026, Iowa will join three other states in the Midwest (Illinois, Indiana and Michigan) with a flat individual income tax rate. The phased-in plan was part of a larger tax-cutting bill passed by the Legislature and signed by Gov. Kim Reynolds in March. Under HF 2317, the state’s flat tax rate will be 3.9 percent. Iowa has been one of seven Midwestern states with a graduated income tax structure; its top rate this year, 8.53 percent, applies to incomes above $78,435. 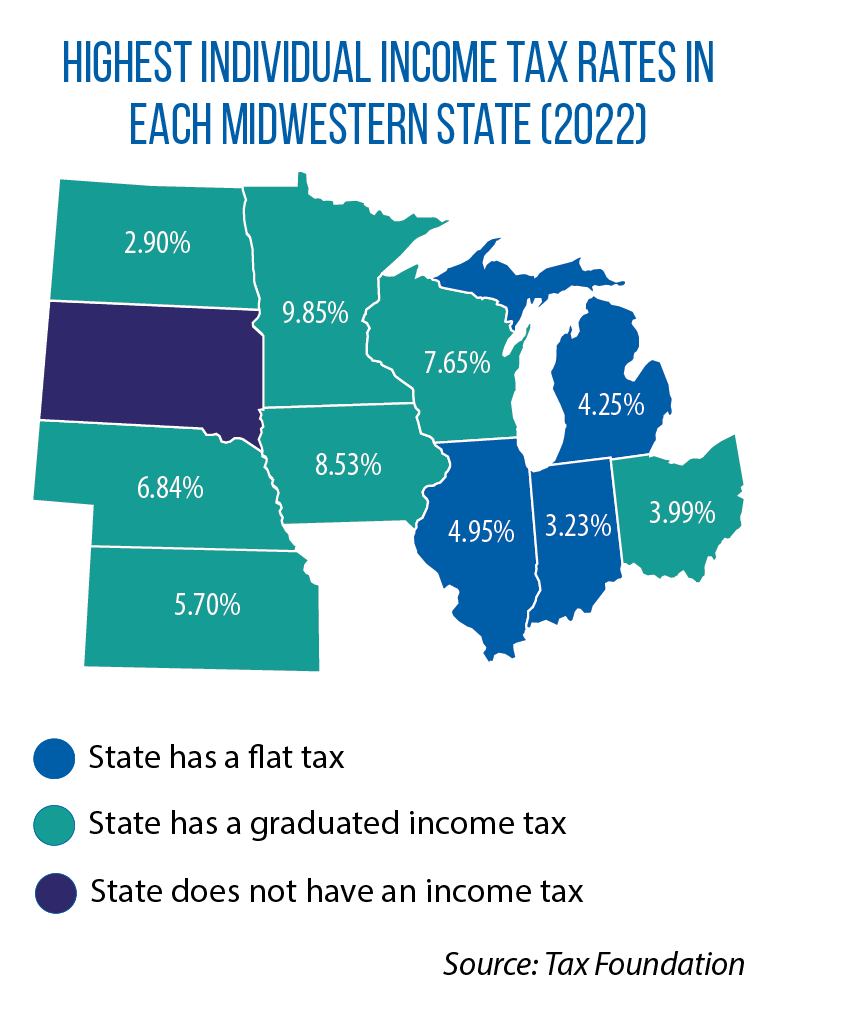 Another change in Iowa’s HF 2317 exempts retirement income from state taxation. Combined, these two changes will reduce net general fund revenue by $1.2 billion in fiscal year 2026, according to fiscal estimates from the Iowa Legislative Services Agency. The recently enacted measure also calls for a new corporate flat tax rate of 5.5 percent, if certain fiscal triggers are met. Lastly, for qualifying, retired farmers, income from cash rent or crop-share agreements will not be taxed.

Indiana, meanwhile, will be dropping its flat income tax rate over the next seven years — from the current rate of 3.23 to 2.9 percent by 2029 (if certain thresholds are met). HB 1002 was signed by Gov. Eric Holcomb in March. In Michigan, Gov. Gretchen Whitmer vetoed legislation (SB 768) that, in part, would have reduced the state’s income tax rate from 4.25 percent to 3.9 percent.

Under the Illinois Constitution, any taxes on income must be imposed using a flat rate. Two years ago, lawmakers sought a constitutional change allowing the state to move to a graduated income tax system. Illinois voters rejected this legislatively initiated measure.