As inflation soared in early 2022, some states opted to roll back or eliminate their sales taxes on food, including Illinois and Kansas in the Midwest. 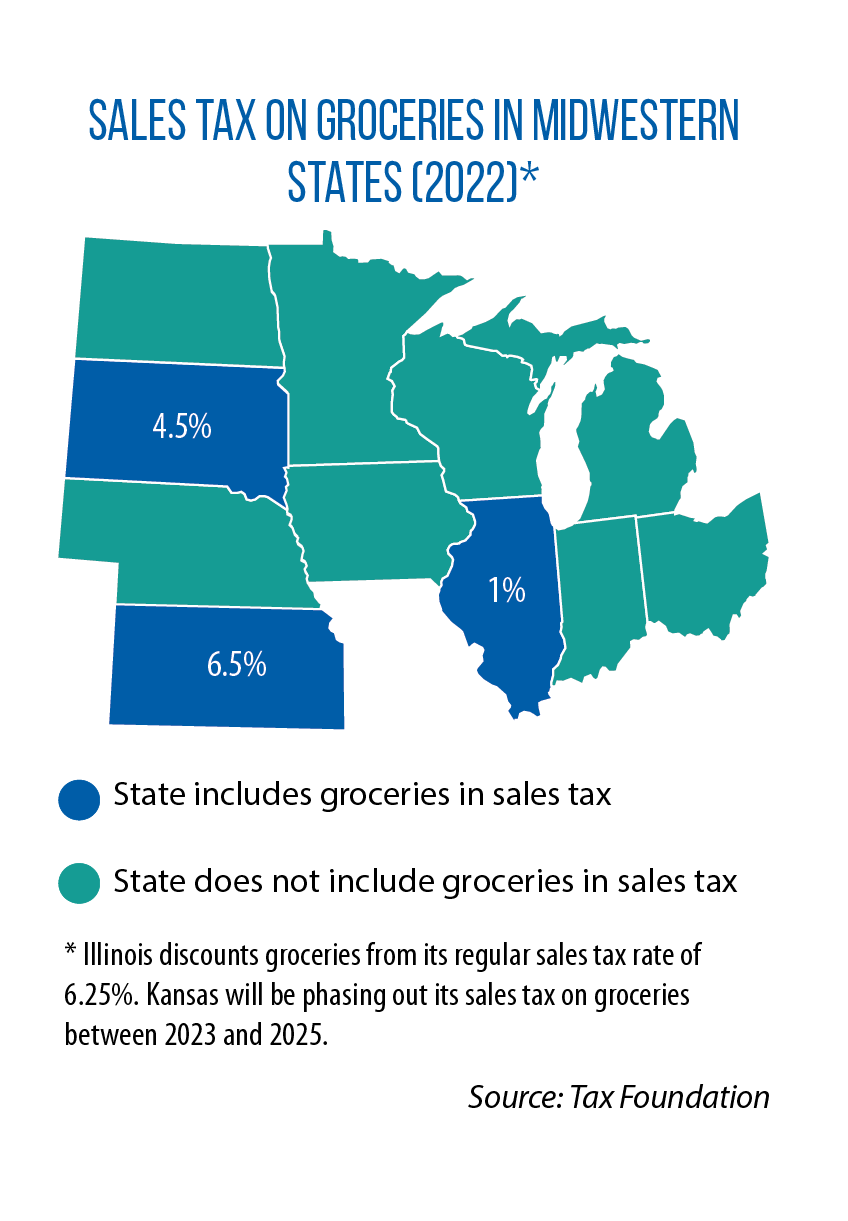 million. This suspension is part of $1.83 billion in tax relief that also includes, among other provisions, the freezing of a scheduled increase in the gas tax and a one-week sales tax “holiday” on clothing and school supplies.

According to the Federation of Tax Administrators, Iowa (on clothing) and Ohio (on clothing and school supplies) also will offer sales tax holidays in August, near the start of the school year.

In Kansas, lawmakers have opted to eliminate the state’s 6.5 percent sales tax on groceries over the next three years — 4 percent in 2023 and 2 percent in 2024, before being completely eliminated by the start of 2025. The new law (HB 2106) does not affect local sales taxes. Gov. Laura Kelly made an “axe to the food tax” a top legislative priority this session. She says a complete elimination of the tax will save a family of four $500 a year.

Illinois, Kansas and South Dakota are among 13 states nationwide that tax groceries, according to the Tax Foundation. All states in the Midwest exempt prescription drugs from the regular sales tax; Minnesota extends this exemption to non-prescription medication as well, the Federation of Tax Administrators notes in its annual 50-state survey. (Illinois’ sales tax rate on prescriptions of all kinds is 1 percent, rather than the normal rate of 6.25 percent.)

Sales tax rates in the Midwest range from a high of 7.0 percent in Indiana to a low of 4.5 percent in South Dakota. Nationwide, state revenue from sales and selective sales taxes accounted for 43.2 percent of total tax collections in 2021.